The city of Groveport will honor its hometown military heroes with banners displayed at primary Main Street intersections.

There are 12 slots available for banners to be displayed per year at intersections on Main Street from Kroger to Main and Front streets from Memorial Day to Veterans Day. The slots will be filled on a first come/first serve basis. After a year the banner will be given to whoever nominated the veteran.

“We are instituting this program as another way to show our veteran community how much we appreciate their service to our country,” said Dildine, who also serves on the trees and decorations committee. “There are currently 12 light poles on Main Street that can handle banners in areas where you see banners hung now. That’s where these banners will go. The intersections of Main and College streets as well as Main and Front streets are the major locations. The banners will go up on Memorial Day and be taken down on Veterans Day. It is an ongoing project as 12 new banners will be placed up each year.”

Dildine said the banners are funded 50/50 by the applicant and the trees and decorations committee at a cost of $50 each plus the applicant gets the flag after it is taken down.

According to information from the city of Groveport, “The Military Hometown Heroes Banner Program was created to honor and recognize military personnel (who meet one of the following conditions: active military member, honorably discharged veteran, retired, or died in the line of duty) who reside or previously resided in the city of Groveport proper.”
T

he nominee must have served in one of any branch of the United States military, including Army, Navy, Air Force, Marines, National Guard, and Coast Guard.

Proof of service (i.e. military service verification form such as DD214, etc.) and proof of residency is required for all nominees. To order a banner, complete the application (which can be obtained from Groveport Town Hall), include a $50 check payable to the city of Groveport, and a photo of the nominee. Send the information to: Hometown Heroes Banner Program, attention Patty Storts, The City of Groveport, Groveport Town Hall, 648 Main St., Groveport, OH 43125. Additionally, a high resolution digital photo image (minimum 300 dpi) in jpeg format of the honoree in official uniform (with no objects) will need to be submitted.

“Our hope and goal is to both showcase our veteran community and to build pride inside our community,” said Dildine. “It’s just another way to give thanks and recognition to those who serve our country.” 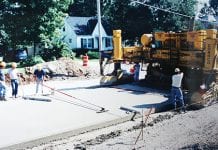 Funding okayed for road projects in CW, Groveport and township 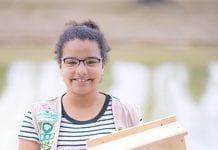 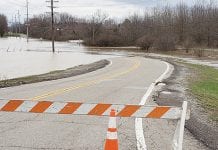 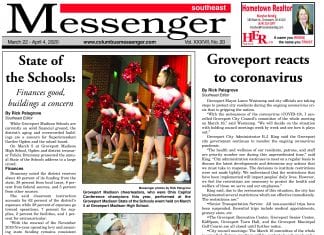