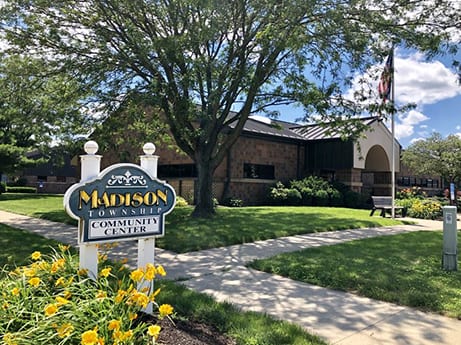 If you are a Madison Township resident, you might have received an unwelcome surprise in a recent natural gas utility bill.

According to the township’s utility advisor, Trebel, LLC, and its representative Scott Belcastro, natural gas supplier Volunteer Energy services took steps to charge customers for a purported increase in Volunteer’s costs due to two separate events.

“Trebel believes Volunteer’s actions to increase your costs have caused Volunteer to be unjustly compensated by customers and requires your community to take action on behalf of its residents” wrote Belcastro in a letter to Volunteer Energy Services on the township’s behalf.

The two events Belcastro said allegedly allowed Volunteer to pass through additional costs over and above a contractual fixed-price adder was a pipeline request by Columbia Gas Transmission (TCO) to increase rates for storage and transmission and the cold winter weather event in Texas.

“TCO filed a rate case with the Federal Energy Regulatory Commission and implemented new rates, subject to refund, to suppliers starting Feb. 1, 2021, which would significantly increase the cost of storage and transmission on the TCO pipeline,” wrote Belcastro.

According to Belcastro, while the action affected suppliers in February, the federal rate case application and new rates proposed by Columbia Gas have not yet been approved by the regulatory commission.

The current Columbia Gas charge is NYMEX plus $0.107 per cubic foot.

“To compensate Volunteer for TCO’s increased Volunteer increased your price of natural gas by adding an additional charge of $0.0715 per ccf to the previously charged NYMEX plus fixed-price adder, beginning Feb. 1,” wrote Belcastro. “Volunteer appears to be claiming that a regulatory event occurred to allow it to take action.”

With the additional charge, the cost to customers jumps in April to NYMEX plus $0.170 per ccf.

Trebel alleges Volunteer is violating the township contract in that no regulatory event has yet occurred to allow the company to pass through the rate increases and the community and that Trebel LLC was not notified of the increase prior to Volunteer assessing the charges.

The shutdown of energy services in Texas due to extreme weather also had a purported impact on the cost of providing gas to Madison Township customers.

“Volunteer alleges that due to this cold weather event and shut down that they could not have foreseen, they were required to purchase additional natural gas in the market at extremely high prices,” said Belcastro. “As a result, Volunteer increased your price of natural gas by adding an additional charge of $0.09 per ccf…beginning March 1. Volunteer has stated that it only intends to assess this additional charge on customers’ March bills.”

A special Madison Township trustee meeting was held on April 6 by Trebel LLC to discuss the increases.

During his presentation to the township, Belcastro said, “Volunteer has since decided to refund back to residents this summer the one-time charge ($13-$15) that it collected from residents on March bills.”

Madison Township Administrator Susan Brobst said the “cold-weather” event fee refund will be in the form of a check and that the township is waiting on a timeline confirmation for the refund.

“The remaining fee charged is still being discussed,” said Brobst, who previously said the township believes the rate increases are unfair and not permitted by the contract.