The Prairie Township Trustees have set new rules for the public comment portion of the government meetings.

“The board is committed to an ongoing and active dialogue with its constituents,” Township Administrator Rob Peters said at a recent board meeting. “However, the board recognizes that true dialogue must follow basic rules in order to be constructive.”

Peters said that the new rules are intended to facilitate constructive and civil public comments that respect the rights, sensibilities and time of all those in attendance at the meetings. Some of the new rules include limiting comments to five minutes, addressing the board no more than once per topic, per meeting and no slander or shouting.

The biggest change to the rule is that speakers cannot complain about a township employee during the meetings anymore. Peters said employee complaints must be presented in writing to the township administrator. He will then be forward the complaint on to the board of trustees.

In other news, township officials are evaluating opportunities for further development, including the use of vacant land owned by the township.

“We recently got a request for the usage of a vacant parcel the township owns,” said Peters. “I will be presenting this opportunity to the board, but we would not consider selling this lot. Before we did anything like this, we would need to consider what is best for the community and what we want to do in the future with the parcel.”

The parcel, which is located next to the Prairie Township Community Center, could be used for expansion of the center or a parking lot. The trustees are still trying to determine what the best use for the property should be.

The trustees also took care of some housekeeping, including naming a new board chairman and vice-chairman. Cathy Schmelzer was voted board chairwoman and Steve Kennedy was named vice chairman. The board also promoted several township employees. Among the people promoted was the new director of the community center.

Message for a loved one 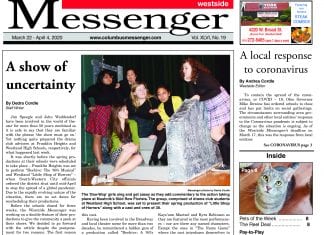