As speeding and traffic accidents continue to be an issue in Franklin Township, township officials are taking matters into their own hands. At a recent board meeting, the Franklin Township Police Department announced plans to start using handheld laser pointers to catch speeders.

“Officers will be operating these handheld laser pointers and it will be a tool to moderate traffic and ensure people don’t speed,” said Franklin Township Police Chief Byron Smith. “It won’t be 24/7, but it will be during busy traffic periods when we see the most speeding.”

These handheld laser pointers will be stationed around school zones and other areas in the township where officials see the most speeding and accidents. Some of these locations include Frank Road.

According to Smith, residents will be given civil citations in the form of tickets.

In other news, South-Western City Schools District Superintendent Dr. Bill Wise asked the board for support for a bond issue that will be on the November ballot. The 1.86-mill issue will add no new millage on property tax and would help fund construction of new buildings for Brookpark, Finland, Norton and Pleasant View middle schools and improvements to Jackson Middle School and the East Franklin Elementary School building.

The trustees fully supported this, saying that South-Western City Schools has been a great partner to the township.

“We have received state-of-the-art schools and it has cost the taxpayers nothing,” Fleshman said. “We have amazing buildings our children get to go to school in.”

Wise also discussed the technology upgrades they have invested in for the new buildings, included geothermal heating and LED lighting, saving money on energy costs.

However, some residents had questions for Wise, particularly related to students who need special assistance. Several residents voiced concerns about there not being enough of these resources across the district, instead of only at certain schools.

“Students that need more intensive care go to special instructors,” Wise said. “We do cluster these students together and sometimes they have to go to schools not as close as their home school. We try our best to provide a level of service, but we have budget needs as well. For students with behavioral issues, we try to make the best decisions possible within our budget and the resources we have available.” 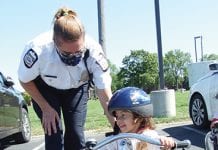 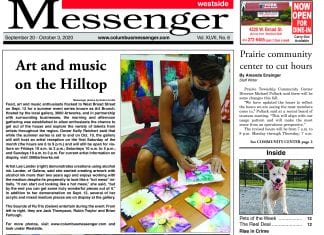