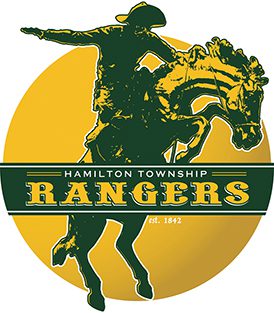 The Hamilton Township High School Rangers are fielding boys and girls golf teams this season after a 15-year absence.

“We felt it was a good time to start a team based on the increased interest from students,” said Hamilton Township Athletic Director Ryan Fitzgerald. “Any time we can give students the opportunity to participate and compete in athletics is always a positive.”

Fitzgerald said Hamilton Township used to have a golf team dating back a few decades ago.

“They used to play at the course that was once located at Rickenbacker,” said Fitzgerald. “There has not been a team for about 15 years though.”

He said, as of late July, there are around 12 boys and girls combined on the golf teams.

The Ranger golfers will play their “home” matches at Upper Lansdowne. The teams’ schedules are still being finalized.

“Some schools within our league are working to add us to their schedule still at this point,” said Fitzgerald. “While there may possibly be additional matches added, the dates listed below are Mid-State League Tournament dates that Hamilton Township will compete in. The girls have fewer MSL tournaments because the league creates a dual match schedule for the girls, and not the boys.”

When asked what he thinks what the prospects for success will be for the Ranger boys and girls golf teams this season, Ranger Golf Coach Art Short said, “Success for these new teams is just to be able to compete in this sport on a High School level again after so many years without a chance to participate. I decided to bring golf back to Hamilton Township as it’s one of the only sports that is a true map for the coming life. Some days you have bad shots and some days you have good…the key is that you keep playing and don’t give up!”

Short said the captain of the girls team is senior Lauren Sarakaitis.

“She is not only an experienced player but a boost and great help to all the other players and truly leads by example,” said Short.

The captain of the boys is junior Bryson Short.

“Bryson has been playing since he was age 10 and also has the ability not only to compete but enjoy the sport and have fun at the same time,” said Short. “This team has new players to the sport but as with anything hard work and practice they will take these skills and knowledge with them throughout life.”

“Golf is a good sport for young athletes because much like other sports, it gives them an opportunity to compete and learn how to deal with adversity,” said Fitzgerald. “Golf is also a sport that requires both physical and mental skills, which youth athletes will benefit from strengthening in other areas of life. Unlike some other sports, golf lends itself more to be a lifelong sport.”

For information on the Ranger golf program, visit www.hamilton-local.k12.oh.us/Golf.aspx