Home Southwest Messenger The Reel Deal: No Country for Old Men not for squeamish

If you stumble upon a drug deal gone wrong and take the $2 million that is supposed to go to Mexican drug lords, don’t come back later to the scene of the crime to give water to a dying drug trafficker.

Take the cash and fly off to China, or the Seychelles, where no one can find you, because if you stay, there will be bloodshed – and lots of it.

After finding himself being tracked by the ultimate baddie, Llewelyn Moss (Josh Brolin), sets off in a race against time not only to keep himself alive from the cunning executioner, but also to save his wife as well.

Immediately upon viewing the opening sequence, you know you will either be riveted by the suspense, or covering your eyes because "No Country for Old Men" gets very violent and bloody.

Set in the backdrop of barren but beautiful West Texas, "No Country for Old Men" goes further than the Coen Brother’s popular film "Fargo" (1996). While both share compelling characters, grit and sprinkles of dark humor throughout, "Fargo" is missing one thing, Spanish actor Javier Bardem.

Bardem plays the part of Anton Chigurh, the ultimate baddie from earlier, who absolutely owns this movie. It would still be a good film with the ensemble cast (Brolin, Tommy Lee Jones and Kelly Macdonald) but it is Bardem who sucks you into the flick.

Chigurh stalks the lands of the Texas-Mexico border with a tank of compressed air (or a cattle gun) to destroy basically any human in his way (the lucky ones get the right call in a coin toss) and door handles that will lead him to the $2 million. The quiet insanity and intensity of his face and eyes are as disturbing as the sound that compressed air makes when he turns it on.

He (both the character and the actor) is compelling to watch and you get jittery when he is on screen, mainly because you know what will happen, but you don’t know when or how. Even though he is described as the ghost, Bardem is unforgettable in this role.

"No Country for Old Men" is not a movie for the faint of heart or for those looking for a typical Hollywood ending. The viewer, along with our somewhat protagonist Sheriff Ed Tom Bell (Jones) struggles to understand the meaning in such violence, but ultimately we all know there really is no meaning to it. 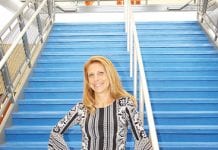 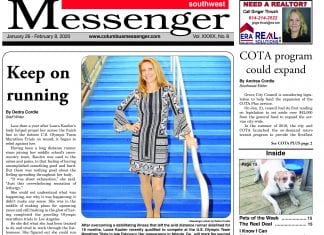