If you recognized a couple familiar faces on a hit Discovery Family Channel show, you weren’t imagining what you saw.

Capital City Cakes owners Sue and Gary Baisden competed on the reality show, “Bake It Like Buddy,” earlier this year, and the episode aired Oct. 20.

The bake-off style competition show features professional and emerging chefs, and features “Cake Boss” Buddy Valastro, who tests the contestants’ baking abilities while setting a unique challenge in each episode.

For the Baisdens, their task involved designing, baking, stacking and decorating a 3-D pinata cake, which is a cake comprised of candy that pours out when cut.

Though the outcome wasn’t ideal – the internal structure of their cake broke and the cake fell to the floor – their work still made an impression on Valastro and his team of judges.

“They commented more than once about how beautiful it was and how difficult of a design it was,” Sue Baisden said. “They were impressed by the level of difficulty, as well as with the taste, flavor profile, moistness and texture of the cake.”

Taking risks is nothing new to the couple, however.

After working at Big Bear bakery for more than 20 years, Sue Baisden wasn’t ready to give up her passion for cakes when the business closed. In fact, she and her husband had dreamed of owning a bakery in their hometown of Grove City, so in 2009 when an established bakery in Columbus went up for sale, they took a risk and opened Capital City Cakes with the goal of expanding the business to Grove City one day.

In 2012, they opened in the Grove City Town Center, and since have won numerous awards.

It was because of this success, Gary Baisden says, that several baking competition shows began expressing interest in having them compete. Last October, when a production company called the Baisdens and asked them to participate in “Bake It Like Buddy,” the timing was right.

Keeping the episode’s outcome from their family, friends and customers wasn’t easy, however.

“Everyone has been so supportive,” Gary Baisden said. “Our customers who saw the show came into the shop or posted on social media their love for us. We’ve also received all kinds of hugs and encouraging words.”

The publicity also has helped get Capital City Cakes more attention online and through foot traffic.

“We meet new people every day who love the Cake Boss and come in to congratulate us for being on the show,” Sue Baisden said.

As contestants, they say they were most surprised by how much taping and material are needed to produce a 30-minute show.

“And we learned to always use stronger support skeleton and a bigger base board for any sculpted 3-D cakes we create in the future,” she said.

Although their episode was not the outcome they had hoped or expected, Sue Baisden says it was a positive, uplifting experience.

“We are so honored and humbled for a chance to participate and fulfill our long-time career goals of participating on a reality cake competition,” she said. “That being said, we would also jump at the chance to return for a redemption show or to participate in another one somewhere.” 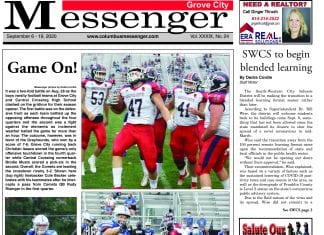