When Johnny Depp and Tim Burton collaborate for a film, I want to see it.

Depp is a favorite of mine because he takes on strange, risky roles. I like the look of Burton directed movies, which are lovely in their twisted way, plus, I’m always attracted to oddness.

When I read the pair joined up to  make "Sweeney Todd: The Demon Barber of Fleet Street," and that it was going to be released around Christmas, well, my interest was piqued. Then I saw the trailer with Depp singing (flashed back to "Cry-Baby"), his crazy hair, gothic makeup, and Helena Bonham Carter creepily prancing around, I knew this would be a must-see. I didn’t even know anything about the story except that it was a long-running stage musical by Stephen Sondheim and featured Angela Lansbury as Mrs. Lovett on Broadway.

"Sweeney Todd" tells the tale of a barber who is sent to prison because a certain someone, the powerful Judge Turpin (played by the talented Alan Rickman) covets his wife.

Fifteen years later, the barber returns to London to find out his fair-haired wife poisoned herself with arsenic and his daughter, Joanna, is now the ward of the corrupt Judge Turpin, whose intentions toward her are, well, not so parental.

Naturally, Sweeney Todd wants vengeance upon the judge and his rat-like henchman Beadle Bamford (Timothy Spall). Then for good measure Todd decides everyone else is worthless and kills them while they are waiting for a close shave in his barber’s chair.

To stay undetected, he teams up with Mrs. Lovett (Bonham Carter) who harbors a love for Todd and willingly dispatches the bodies by making meat pies out of them, then burning the leftovers in the oven.

Most of the film is captured in an atmosphere of dreary hues to go along with the mood of the flick. That made the colorful masquerade ball scene seem out of place, especially considering what happened during the ball. Do people not know that nothing good ever happens during masquerade balls? Just remember "The Labyrinth" (1986) and you’ll know what I mean. But, the yummy David Bowie makes up for it.

"Sweeney Todd" is strange, captivating, and bloody. This definitely is not a feel good holiday movie, but, if you love watching Depp and Burton films, or are in a grisly mood from spending too much of your hard earned money on Christmas presents, "Sweeney Todd" is something to catch.

I gave this film a B. 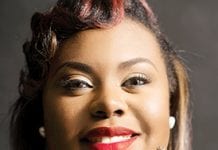 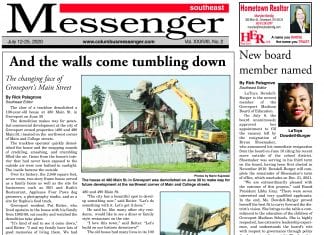