Home Madison Messenger State of the City: What’s on the to-do list for 2021 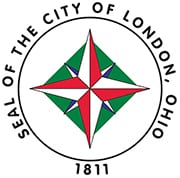 In his state of the city address, London Mayor Patrick Closser defined 2020 as a “year of adversity” during which the city government had to “pivot fast, think outside the box and make the best decisions possible” for its citizens.

Through the challenges presented by the COVID-19 pandemic, city leaders and the community as a whole exercised their ability to adapt, he said. He praised the administration, department heads, city employees, city council and residents for continuing to work to improve London during what was “a year no one could have ever imagined or will ever forget.”

In addition to looking back at the accomplished acheived in 2020, Closser looked to the future, detailing projects and plans for continued improvements in 2021. They are as follows by department:

Water
A top priority is continued work toward solving ammonia issues at the east water treatment plant. The city has partnered with the Environmental Protection Agency at the state and federal levels to bring in a program to remove the ammonia.

“The test results are promising, but only time will tell. So, we continue to look at other options to get that plant running at full capacity,” Closser said. “We have made much progress but still have a road ahead of us.”

In 2021, the water department will put a $400,000 grant and zero-interest loan to work to switch residential water meters to electronic meters. The process will take a few years to complete.

“We will be able to read meters at a much faster rate, freeing up employees to maintain our aging infrastructure. It will also give our citizens the opportunity to access their meter information, showing their usage and alerting them if there is an issue with things such as a possible leak,” Closser said.

Wastewater
The wastewater department will work toward starting a line expansion on the east side of town to allow for growth. The department also plans to aggressively expand its collection, cleaning and mapping systems.

Building and Zoning (B&Z)
Last year, B&Z issued 381 permits, 21 of which were for dwellings. Closser said he foresees the number of building permits increasing in the next three years.

“I have had multiple meetings over the past few weeks with builders, development companies and Realtors on possible residential builds,” he said. “This is a very exciting time for the residential market in London.”

Street
One of the focuses this year will be storm sewer repairs and improvements on the south end of town and around city hall.

The street department also plans to take a look at all traffic lights. The hope is to change them to LED lights. The current lights are outdated; finding parts to replace or fix them is difficult.

“LEDs will be brighter. The visibility to the motorist will increase dramatically,” Closser explained. “Also, there will be updates to traffic signal times that will be easier to manage and keep the timing of the traffic flow.”

The department also is slated to repair the city salt barns.

Police
Last year, the police department took 1,098 incident reports from 7,140 calls for service. This represented a slight decrease over numbers from 2019.

Moving into 2021, the department aims to increase enforcement of traffic ordinances by 10 percent in relation to traffic control devices. The goal is to cut down on accidents at intersections.

A focus will be placed on the police station and its needs. The plan is to conduct a facility assessment.

Additionally, Police Chief Glenn Nicol hopes that health and safety conditions will allow for the return of community outreach events such as the Special Olympics torch run, National Night Out, and the Casting with Cops fishing event.

Fire and EMS
Fire and EMS answered 2,411 calls for service in 2020. The EMS division is now entering its third year of operation.

In 2021, the department will redevelop its training and orientation curriculum, establish new programs for community risk reduction and technical countywide rescue, and renovate the dorms at both stations.

Parks and Recreation
Merri-Mac Park will be front and center in 2021 as the parks and recreation department puts together a game plan for improvements.

Also on the to-do list are additions to the dog park, more improvements to the municipal pool bath house, and expansion of programming.

Board of Public Utilities (BPU)
Using the city’s MuniLink software, BPU will set up a notification system to quickly let customers know of any issues via email, text or phone. Examples include announcements of water main breaks and water boil alerts.

Sanitation
A switch to front-load Dumpsters for commercial accounts is in the works.

“This will help improve the safety of emptying Dumpsters while becoming more efficient,” Closser said.