The Ohio Veterans Hall of Fame is accepting nominations to recognize those who served in the U.S. Armed Forces and continue to contribute to out communities, state, and nation through exceptional acts of volunteerism, advocacy, professional distinction, public service or philanthropy.

Each year, the Hall of Fame inducts up to 20 former service members based on recommendations from an executive committee of veterans from throughout the state and approval from the governor of Ohio.

To be considered, a veteran must meet the following criteria:
• be a past or current Ohio resident;
• have received an honorable discharge;
• be of good moral character.

The nomination deadline is June 1. Guidelines, a sample nomination, and more information are available at dvs.ohio.gov. 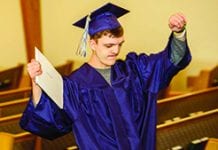 Shekinah Class of 2020: Facts and photos 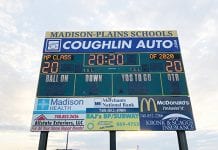 Adapting in order to continue providing food to seniors