At a special meeting on July 2, London city council approved a new salary range for the position of water plant superintendent. The position has been vacant for some time.

“Dan (Leavitt, wastewater/sewer plant superintendent) and I spent some time looking into various cities in the area,” Kavy said. “A Class II license with managerial capabilities was in the low- to mid-seventies.”

The city did not receive a single application for the superintendent’s position at the previous pay rate, according to council member Anthony Smith.

Council passed the ordinance as an emergency due to time constraints. The Ohio Environmental Protection Agency (EPA) had granted a six-month extension for another water plant employee with the appropriate qualifications to act as managing operator in lieu of a superintendent.

Council member Brenda Russell expressed her displeasure with members of a certain Facebook group that has criticized council’s use of the emergency clause, which allows council to vote on legislation before it goes through the traditional three readings.

“We have to do (emergency clauses) because some things are time issues, and this is a time issue,” she said. “If we wait six weeks (to do a full three readings) and then post it and it’s another month, we might have to get another extension. Would the EPA give it to us or not?”

At their previous meeting, council addressed the salary ranges of two other city positions. They did not address the salary range of the water plant superintendent because the job posting with the older salary range was still active.

In other action, council authorized Joe Mosier, safety-service director, to advertise for bids and enter into a contract for the rehabilitation and expansion work planned for the entire length of Park Avenue. The two-phase project is scheduled to start in August. Because a winning bid needs to be accepted relatively soon, council passed the legislation on emergency. 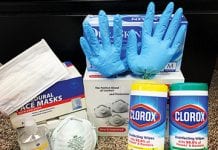