Jo Weiser was many things to many people.

To her students, where she started her career in a small Hamilton Township school building in Lockbourne after graduating from Ohio University in 1948, and to the people who knew and loved her in Canal Winchester, she was a dedicated teacher and friend.

Weiser died on May 9 this year, after 93 years of devotion to her family, neighbors, friends and the less fortunate.

Born in 1926 and raised in Bucyrus, she and Richard (Dick) Weiser were married on June 18, 1949 and planted their roots in Canal Winchester, where Dick was a life-long resident and 1942 graduate of Canal Winchester High School.

The couple was married for 68 years before Dick passed away in 2016. They were prolific artists and members of the Canal Winchester Art Guild. Jo studied with Leland McClelland while rehabilitating after an illness and painted with her husband, who was a member of the Central Ohio Watercolor Society.

In addition to exhibiting their art in the community, Jo, Dick and their son, Rex Weiser, published an anthology of their collective works from 1972 to 2009 in 2010 and dedicated it to the village of Canal Winchester and surrounding areas for inspiration.

Jo taught Sunday School at Hope United Methodist Church, where she was a life member, along with membership in the Daughters of the American Revolution, which presented her with the Elizabeth Sherman Reese Chapter award in June 2013 in recognition of her work with Human Services. Other accolades included a Jefferson Award finalist, Sertoma Service to Mankind Award, and she named in 2014 to the Ohio Senior Citizens Hall of Fame.

“She was active on the Executive Board of Directors until 2016, at which time she accepted the organizations only lifetime appointment as ‘emeritus,’ honoring her 60-plus years of service and sacrifice,” said Mullins. “Her outstretched arms of compassion genuinely embraced the Canal Winchester community with nothing but love, and she didn’t expect anything in return. That spirit of love was a natural magnet for drawing others to join her cause.”

Over the years, Human Services grew in its scope and impact. Today, there are three distinct programs that help the young, the old and everyone in between.

“It’s hard to believe that all that we do today for the community sparked from one tragedy 65 years ago, but we are in awe of the overflow that has become a lifeline for so many in need,” said Mullins, who added Weiser was particularly passionate about the food pantry program, and the Weiser name is displayed on the outside of the pantry at 80 Covenant Way.

“Jo was selfless,” continued Mullins in recalling a story about Jo helping a child at school who had a serious dental problem. “She picked him up and took him to get his needs corrected. On the way home, the boy told her, ‘You know, this is the first time that I can remember my mouth not hurting.’ That was all the reward Jo ever wanted; just knowing she made a difference was priceless in her eyes.” 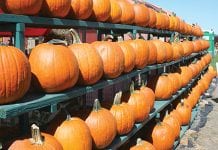 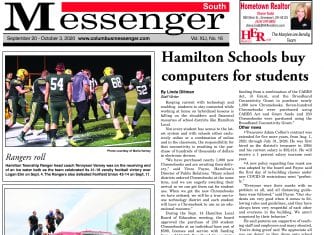