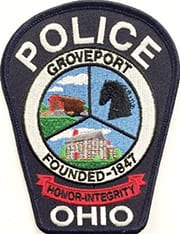 Thefts of items from several vehicles parked in Groveport’s residential areas have occurred in the past couple of months.

According to Groveport Interim Police Chief Casey Adams, these incidents happened between 8 p.m. and midnight twice in the Bixby Ridge area, once in the Bixford Green area, once in Hickory Grove, and six times in the Newport subdivision and Tallman Street areas.

“A vast majority of these vehicles were left unlocked,” said Adams. “It’s rare that the vehicles are physically broken into. The criminals are looking for the path of least resistance. They walk along pulling on car door handles to see which ones are unlocked. If a car is locked they just move on to the next one till they find one that is unlocked.”

“Once the suspects obtain these items it becomes multiple crimes because they use the credit cards to make illegal purchases until the cards get shut down,” said Adams. “It’s a snowball effect of crime. We’re not the only community where this happens. These criminals go from area to area.”

Adams said people’s security cameras are sometimes helpful in police efforts to locate the criminals, but not always because areas may be poorly lit or foliage may be in the way of the camera’s viewpoint. He said one video shows a thin male stealing from cars, but the darkness makes it too difficult to identify him.

Adams said people should always lock their vehicles’ doors and not leave personal items in their vehicles. He said residents should report the thefts to police, but they should also file a report if they notice someone has gone through their vehicles but not taken anything.

“Always report it to us so we know where to concentrate our patrols,” said Adams. “The more information we have helps us do our police work.”