The Pleasant Township Fire Department will use new cardiac arrest protocols that could help to save lives.

Firefighters attended the Feb. 25 meeting to present this method to the board of trustees.

“Sudden cardiac arrest is one of the number one killers of people in our country,” said Pleasant Township Fire Chief Brian Taylor. “You have a 10 percent survival rate under our current cardiac arrest protocol.”

Fire department officials have come up with a new protocol to put in place, which has been successful throughout the country.

In cardiac arrest, the patient is not breathing and their heart is not pumping so the main goal is to circulate the blood flow by doing a continuous chest compression. The fire station will start using a Lucas Device, a mechanical CPR device that performs 102 compressions per minute. A neck strap is placed on the patient to help keep the machine stable. A nasal cannula is placed in the patient’s nostrils to force airflow into the lungs. A mega mover is slid under the patient for easier transport and then the patient is slid up onto a wedge which, according to Lt. Ryan Wihl, is proven to help provide better blood flow to and from the brain. Compressions are paused for two seconds to identify if the patient needs shocked. The Lucas device never stops compression during the shock to attempt to regain the pulse.

“Our new cardiac arrest program, we hope, will offer folks about a one in two survival rate. That’s a huge increase in what we have had for the last 40 years as a fire department,” said Taylor.

Emergency responders will start using the protocol in early March.

The fire department is also in partnership with Prairie, Jackson, and Scioto township fire departments who will all be changing to the same cardiac arrest program.

“If we can do even 1 percent better than what we are doing today, we are moving in the right direction,” said Wihl.

In other fire department news, Scott Bowyer was honored for his 30-year career as a part-time firefighter for the Pleasant Township Fire Department. He was given a fireman’s helmet and cake was served in his honor. 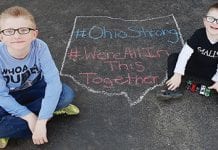 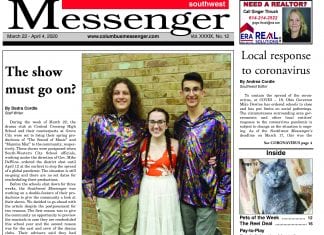