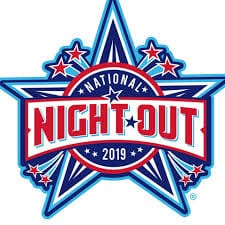 Observed the first Tuesday of August, National Night Out gives residents and first responders an opportunity to get to know each other in casual, family-friendly settings.

This year, three communities in Madison County are holding National Night Out events, all on Aug. 6.

The arrival of not one, but two medicopters is new to the jam-packed list of activities planned for West Jefferson’s National Night Out. The event is set for 5 to 8 p.m. at the Community Center, 230 Cemetery Rd.

The Survival Flight and Air Evac helicopters will join a whole host of other emergency and law enforcement equipment and crews on the community center lawn. Among the many highlights are a vehicle extraction demonstration by the Jefferson Township Fire Department and canine units from the Ohio State Highway Patrol. Games and giveaways, including bracelets, coloring books and backpacks, are planned. An auxiliary officer with the West Jefferson Police Department will serve as deejay.

“Last year, we had about 420 people attend. It’s a great way for people to see their first responders face-to-face and learn a little bit about what they do,” Darlington said. “It’s also a chance for people to see each other out in the community. There will be a lot of things to see in a short amount of time right in their backyard.”

Last year was the first time a National Night Out event took place at Lake Choctaw. Organizers were pleasantly surprised at the turnout.

Premier Health’s helicopter will land at 5:30, the dive team from the Franklin County Sheriff’s Office will perform a water rescue demonstration, and the London Fire Department will demonstrate a vehicle extraction.

Law enforcement animals are part of the line-up, too. Canine officers from the Columbus and Mechanicsburg police departments and a Delaware County Sheriff’s Office horse will be on site.

Once again, the band, Counterpart, will perform, and attendees are invited to go swimming. A bounce house, inflatable skee-ball, stickers and coloring books will be available to children.

Organizers also are prepared to feed the hungry crowd. Free hot dogs, pizza, chips, macaroni and cheese, baked beans and ice cream are on the menu.

The only part of the festivities that comes with a price is the raffle of a cornhole set customized to commemorate Lake Choctaw’s 50th anniversary. Tickets can be purchased on site.

It’s all about the motorized equipment at London’s National Night Out, slated for 6 to 8 p.m. at Cowling Park on North Main Street.

The London fire and street departments, Ohio State Highway Patrol, and Madison County Sheriff’s Office are among the agencies that will have vehicles on display. Children and adults alike are invited to check out the fire engines, medics, loaders, police cruisers and other equipment in the touch-a-truck area.

Madison Health and Madison County Public Health, along with other service organizations, will man information booths. Ygor, the police department’s canine officer, will make an appearance. Children’s games are planned, and free hot dogs and ice cream will be served.

“National Night Out lets people meet us on their own terms,” said London Police Chief Glenn Nicol. “We usually meet people in less than ideal situations. This is a chance to meet in a casual setting where people can talk to us and ask about things they’re curious about.”