Mayor Patrick Closser declared May 10-11 as Poppy Days. He asked all of London’s citizenry to wear a poppy in tribute to all of those who heeded the call of duty and made the ultimate sacrifice by dying in the line of battle defending the country’s liberty.

Auxiliary members will be accepting donations for poppies May 10-11 at the Speedway stations on West High Street and at the freeway in London, as well as at Casey’s Carryout on South Main Street and London Food Mart on East High Street. 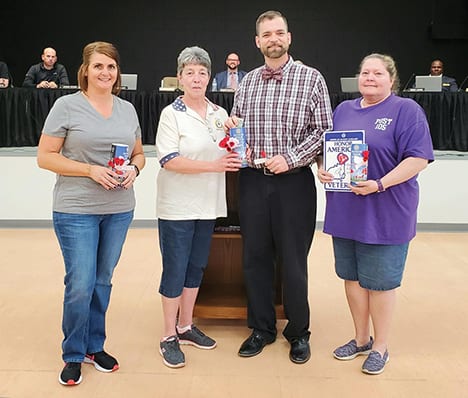