She was one of the original swimmers on the inaugural London High School swim team three years ago, and this week she will become the first to swim at the District Championships.

The Ohio High School Athletic Association’s (OHSAA) swimming and diving tournament consists of three consecutive weeks of qualifying , beginning with sectionals, progressing to districts, and culminating at the state championship meet in Canton.

Only the top 30 swimmers in each event from over 75 high schools in central, eastern and southeastern Ohio qualify for districts.

Bennett, who holds or shares seven school records in swimming, was thrilled to make it to districts in her final year.

“It’s been my goal (making districts) from the beginning, and to do it in potentially my last swim was really rewarding,” she said.

“Emily has been a fantastic role model for her teammates. She has contributed greatly to getting this team started and positioning it to grow in the future,” he said.

At districts, Bennett will compete alongside qualifiers from Jonathan Alder and other athletes from central, eastern, and southeastern Ohio.

It was a successful day at the OHSAA sectionals swimming competition for Jonathan Alder High School’s swimmers. Following the Feb. 8 event, eight Pioneers are moving on to the Feb. 12 district competition.

At sectionals, Wynk had personal best times in the 50-meter freestyle and the 100-meter breaststroke, finishing 12th and 16th in these events, respectively.

When asked what she thought of her first sectionals experience, Wynk said, “It was really exciting. I wasn’t expecting this, and I’m really excited for districts!”

At districts, she will be representing Alder in both individual events and as a member of two relays teams.

Senior Elise Dygert is no stranger to districts. She will be making her third trip to the meet. This year, she changed up her events and is swimming the 200-meter individual medley and  the 100-meter backstroke. At sectionals, she finished fourth and third in these events, respectively.

“Elise is coming off a very strong 2019 season as Alder’s very first state qualifier in the sport of swimming,” said Coach Katie Bumgarner. “We’re very excited for another strong end of the season for Elise.

Dygert has committed to swim at Augustana University in the fall.

Captain and senior Katie Vaughn is making her fourth trip to districts in the 100-meter butterfly and the 500-meter free. But what she’s most excited about is “seeing how much her team has grown in the past four years.

“It’s been an honor representing JA from the beginning,” she said.

At sectionals, Vaughn finished ninth in the 100-meter fly with a season best time and eighth in the 500-meter free.

With two of the most exciting races of the meet, freshman Eli Stoll was the sectional champion and automatic district qualifier in the 200-meter individual medley and 100-meter backstroke. He moves on to districts as the top seed in both events.

“Eli has a talent you don’t see too often. He’s fun to watch,” Bumgarner said. “What’s
most important is his strong sportsmanship and support for his teammates.” 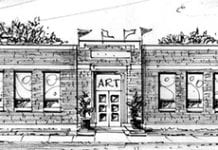 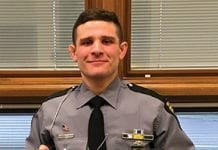