First, her experience of observing a pack of coyotes take down a deer, obviously a disturbing sight for her, was an excellent example of coyotes purpose in keeping nature’s balance.

Due to over hunting and habitat loss, all of Central Ohio’s predators are gone. We no longer have black bears, panthers, bobcats, wolfs, and cougars.

Because of this, deer health is in decline due to population density and habitat encroachment.

Coyotes appear to be highly adaptable and migrated to Ohio because of our absence of predators.

I, too, have suffered a personal loss to coyotes, when one of our dachshunds was taken.

Ironically, most likely similar to the deer Ms. McKelvey saw taken, our dog was also medically fragile and the coyotes took the weakest food source they could find.

I’m definitely more vigilant when letting our dogs out, but instead of fearing coyotes, I make it a point to make sure they fear me.

I don’t intend to harm them but when I’m out I let them know I’m a more dangerous predator by never running from them. Unless humans fear them, coyotes will be more scared of us.

I’m sure witnessing a pack a coyotes take down a deer for food would be traumatic. That observation does not negate the basic truths that conservationist and scientists have uncovered studying bio-systems.

More importantly, it does not diminish well written and researched news articles that are based in facts. 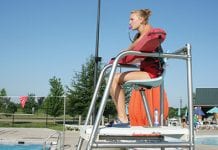 Groveport considers whether or not to open its swimming pool 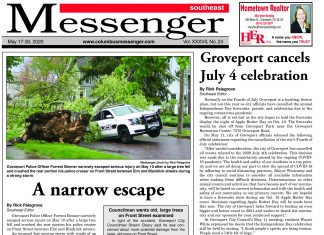