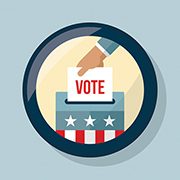 The Jefferson Township trustees have asked the Madison County Board of Elections to remove the township’s fire levy request from the Nov. 8 ballot.

The trustees recently learned that the structure of their proposed levy would have resulted in many taxpayers losing their rollback and owner-occupied credits from the state, effectively raising their fire levy taxes by 12.5 percent.

“This would be an unnecessary and unfair cost to residents. Therefore, even though the fire department needs additional funding to maintain current services, the (trustees) board withdrew the request,” the trustees stated in a press release dated Sept. 20. The decision to withdraw the request came during a special meeting of the trustees on Sept. 19.

The township had planned to ask voters to approve replacement of an existing 11-mill levy with an increase of 1-mill for a total of 12 mills for operating expenses for the fire department. The township previously placed this same request on the May 2022 ballot. The May attempt resulted in a tie vote which is considered a loss.

What the trustees didn’t know until recently is that the Ohio General Assembly passed a law in 2013 stating that any increase in a specific levy, beginning in 2014, would result in taxpayers losing the rollback and owner-occupied credits. Jefferson Township’s request included two types of increases. Along with asking for an additional mill, the trustees were asking for “replacement” of the existing 11 mills which would have brought tax collections up-to-date with current property values.

The trustees stated in the press release that they take full responsibility for being unaware of the 2013 law when drawing up their levy requests. They now know to consult an attorney who specializes in levies when planning to go to the ballot, said Jeff Pfeil, chairman of the trustees board.

Madison County Auditor Jennifer Hunter said her office serves as a repository for entities that want to put levies on the ballot.

“We cannot advise them on what they want to put on. That’s more of a legal thing,” she said. “We just go from what they give us.”

The trustees thanked the Auditor’s Office, Board of Elections, and Madison County Prosecutor’s Office for their support and guidance in the matter.

The fire department’s funding request will be delayed until next year. The trustees plan to restructure the request so that it does not impact the rollback and owner-occupied credits on the current levy. In the meantime, the existing 11-mill levy for operating expenses continues.

“This delay will put a strain on the department’s financial situation, but the trustees are committed to finding ways of getting through the next year while providing the same level of service that the community has come to expect from the Jefferson Township Fire Department,” the trustees stated.