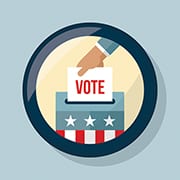 The May 4 primary election in Madison County will include two income tax levy requests and several races for London city government offices.

On Feb. 11, the Madison County Board of Elections certified the issues and the candidates who successfully circulated petitions. On March 2, they approved one candidate’s declaration of intent to run as a write-in.

Jonathan Alder Local Schools is seeking renewal of its 0.5 percent income tax levy for current expenses. If the issues passes, collection will commence on Jan. 1, 2022, and continue for 10 years.

Madison-Plains Local Schools is seeking renewal of its 1.25 percent income tax levy for current expenses. If the issue passes, collection will commence on Jan. 1, 2024, and continue for 10 years.

Several candidates filed petitions to run for London city government offices. Only one seat is up for election for each office, with the exception of three at-large council seats. The offices and candidates are as follows. All candidates are Republican.

Auditor (remaining two years of an unexpired term)–Kenna Combs; and

One candidate’s petition was not certified and one write-in’s declaration was not approved. As a result, these individuals cannot run for election this year. Carla Blazier, who currently serves as an at-large council member, submitted a petition to run for an at-large seat, however she failed to secure the minimum 50 valid signatures on her petition. Justin Mason failed to clarify on his write-in declaration the office for which he wanted to run.

The deadline to register to vote in the May 4 primary election is April 5. The Board of Elections office, located at 1423 State Route 38 SE, London, will be open until 9 p.m. that day. Early voting starts on April 6. Special office hours for early voting will be published in the Madison Messenger and on the Board of Elections website and Facebook page.

As for COVID-19 safety protocols for the May 4 primary election, Board of Elections Director Abby Metheney said, “It will look very similar to what voters saw in the November (2020) election.”