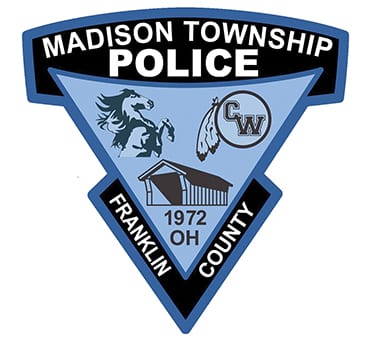 A Columbus Police helicopter flying over Madison Township and Groveport is not a common sight, but recently one appeared in the sky to help out local police.

“Depending on the type of calls officers respond to, from time to time the Columbus Police Helicopter Unit will provide air assistance to other law enforcement agencies in the central Ohio area,” said Madison Township Police Chief Gary York. “On April 7, the Columbus Police did provide this assistance to Madison Township Police officers in the 5700 block of Ebright Road.”

According to York, Madison Township Police officers were dispatched to the 5700 block of Ebright Road on a report of a domestic complaint on April 7 at 8:33 p.m.

“During the course of the investigation, it was discovered that a male subject involved in the incident was under the influence of drugs and had taken off on foot prior to the officers arriving on the scene,” said York. “Information developed further to suggest that the individual had a gun and was possibly suicidal. Due to the seriousness of the call and a possible armed suspect attempting to evade officers, the Columbus Police chopper assisted officers on the ground in search of the subject.”

York said Madison Township police officers, with assistance from the Groveport Police and Franklin County Sheriff Deputies, located the suspect in the rear of the Hickory Grove housing development.

According to the Groveport Police’s mutual aid report, the incident was a domestic call involving a man with a gun running from a residence towards Elmont Place and Hickory Grove. The mutual aid reported that the subject turned himself in.