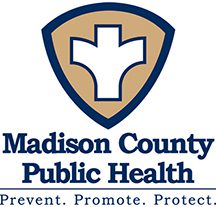 Madison County Public Health is investigating a probable case of Zika virus in a county resident who traveled overseas to an area considered “at risk” for Zika transmission. According to Madison County Health Commissioner Chris Cook, there is no evidence of Zika infected mosquitoes in the local area.

Zika is an illness transmitted to people primarily through the bite of an infected mosquito. The mosquito that transmits Zika, called Aedes aegypti, is commonly found in the tropics and southern United States; however, the Asian tiger mosquito found in Ohio may potentially be able to carry and transmit Zika.

Cook explained that of the nearly 100 cases of Zika reported in Ohio over the last three years, none has been transmitted by mosquitoes in Ohio.

“While this case seems to be associated with travel to another country, we want residents to be safe and take steps to avoid mosquito bites, especially with this probable case of Zika in the county,” Cook said.

The most common symptoms of Zika virus disease are fever, rash, joint pain, and conjunctivitis (red eyes). The illness is typically mild and goes away within one week. Most people infected with Zika virus will have no symptoms or will only have mild symptoms. However, Zika virus can be spread from a pregnant woman to her fetus and has been linked to microcephaly and other birth defects in babies of mothers who had Zika virus while pregnant. Zika also can be spread during sex by a man infected with Zika to his partner. There is no evidence that Zika can be transmitted from person to person through casual contact.

There is no vaccine to prevent Zika and there is no specific treatment for it.

Cook stressed that the impact of Zika on an unborn child can be significant and encourages pregnant women to talk with their obstetricians about the risks of the illness. The Centers for Disease Control (CDC) recommends that pregnant women and women trying to get pregnant should consider postponing travel to areas with Zika virus transmission and that men with a pregnant sex partner consistently and correctly use condoms during sex or abstain from sexual activity for the duration of the pregnancy to prevent potential transmission. If both partners travel or if only the male partner travels to a Zika risk area, the couple should consider using condoms or not having sex for three months. If only a female partner traveled, the couple should use condoms or not have sex for at least two months.

Cook said that prevention is the key to stopping the spread of Zika in the community.

“Get rid of standing water in your yard, wear long sleeves, and use insect repellent even during the daylight hours if you are going to be outside,” Cook said.  “That is your best defense.”