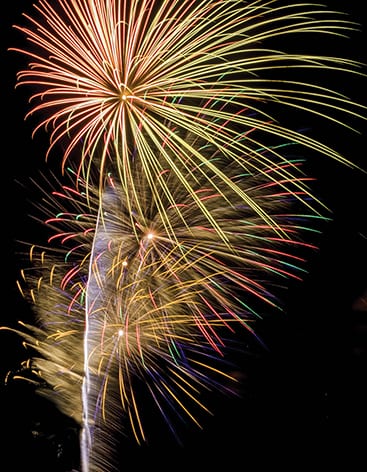 The city of Groveport will celebrate the Fourth of July this year after last year’s event was cancelled due to the ongoing coronavirus pandemic.

The celebration will feature a parade, music, and fireworks, on July 3.

“It is important to hold the event this year to give the community a traditional Independence Day celebration,” said Groveport City Administrator B.J. King. “It has been a long 15 months and things are progressing towards normalcy. We are all wanting to get back to doing our normal activities and way of life. Other central Ohio communities also plan to have Independence Day celebrations so we are not the stand alone. I feel like what we plan can be done in a safe manner.”

“The COVID pandemic was hard on small businesses,” said Westcamp. “We wanted to recognize and honor some of our long-time Groveport businesses who are such a big part of our community and who survived the pandemic.”

The fireworks will be launched at dusk on July 3 from Palm Pond in Heritage Park on Wirt Road. Tune into radio frequency 88.3 to hear background music during the fireworks.
Musical entertainment on July 3 begins in the parking lot along Wirt Road with the Sirens from 7:30 p.m. until 8:15 p.m. and McGuffey Lane will perform from 8:30 p.m. until 9:40 p.m.

One difference this year is that there will be no kids games and activities.

No animals are permitted in the event areas at any time during the Fourth of July celebration.

“Fourth of July will be our first large event open to the public (since the pandemic) in the city of Groveport,” said Kristiauna Trelay, community affairs department administrative assistant. “There’s something to be said about enjoying outdoors, the fresh air, food trucks, and simply being around people again that’s just so refreshing. What better way to return to some normalcy and traditions like the celebration of Independence Day!”

Independence Day weekend in Groveport will also feature the Ohio Flags of Honor Traveling Memorial, which honors the men and women of Ohio who gave their lives in service to their country. Specifically, those fallen in the wars in Afghanistan, Iraq and the war on terrorism since Sept. 11, 2001.

The flag display will be open to the public beginning at noon on July 2 and will remain open until the closing ceremony on July 5.

At 9 a.m. on July 3, the Ohio Flags of Honor truck procession will begin at Eastland Mall, travel through Groveport, and end at Madison Christian Church.

For information on the Ohio Flags of Honor, visit ohioflagsofhonorgroveport.info.