Groveport Police officers face many challenges while on duty, including wading into the icy water of a creek to rescue a driver after her car landed in Blacklick Creek. 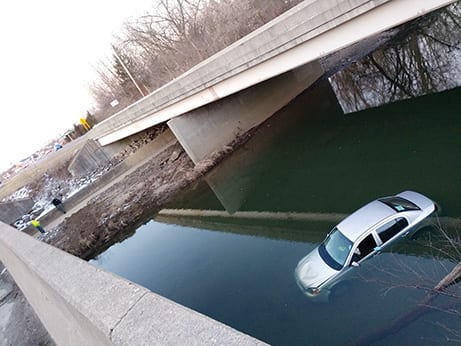 According to Groveport Police Sgt. Josh Short, just before 7 a.m. on Jan. 21, officers were dispatched to State Route 317 near Bixby Road on a report of an injury accident where a vehicle went off the road and splashed into Blacklick Creek. 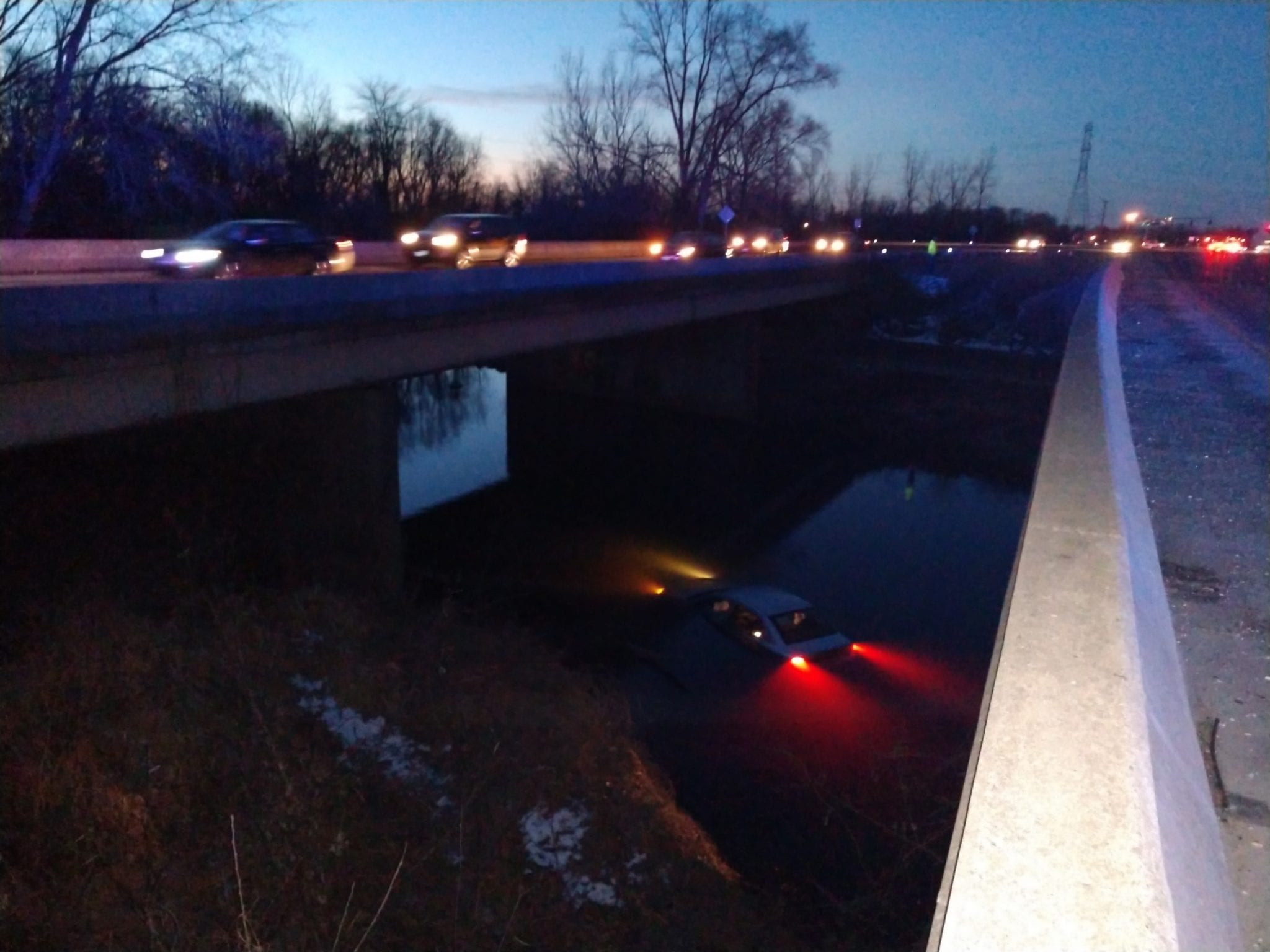 Officers found the vehicle right side up in the creek with water reaching up to the bottom of the windows.

“The driver was standing up out of the driver’s door window,” said Short. “Groveport Police Officer Ryan Ripson entered the frigid water and helped the driver out of the car and to dry land where she was treated by Madison Township Fire Department medics.”

According to Short, the investigation revealed the driver was allegedly traveling northbound in the southbound lane of State Route 317 and swerved into the median to avoid southbound traffic.

“The driver and car went into the median and then vaulted over the Three Creeks’ bike path, down between the bridges, striking the south bank of Blacklick Creek and skimming two thirds of the way across before coming to a rest in the water, which was about three feet deep.”

Groveport Police Officer Ryan Ripson saw the car in the water and went to work to help the driver.

“My first thought was that the vehicle was sinking,” said Ripson. “It was not, so I knew we had some time to think about the best action to take. I could see the driver was uncomfortable getting out of the car herself and, after an attempt to throw her a life vest was unsuccessful, I decided to walk out into the creek and escort her to the bank before the situation got worse. The footing was a little muddy and difficult, so I assisted her wading back to the creek bank.”

Ripson said the water was cold and “it took my breath away for a second.”

“Officer Ripson did a great job,” said Groveport Police Chief Ralph Portier. “He did not have a second thought about going in to help. It’s a decision he made from the heart. It’s something that cannot be trained. All of our officers step up each and every time and do the right thing.”

Short said Ripson is “a quiet, unassuming person, but for him to choose to go help this freezing woman out of that car comes as no surprise. Rip (Officer Ripson) is a Groveport guy at heart, grew up and graduated from high school here, and has always tried to help maintain a higher quality of life for our residents.”

As Ripson, wet uniform and all, came up from the creek back to the roadway, Short said he was able to check on Ripson to make sure he was okay.

“Rip said he was surprised about how cold and piercing, and foul-smelling, the water had been,” said Short. “I sent him home to change his uniform because he didn’t have everything he needed in his work locker. One lesson he learned from the day: always have clean skivvies in your locker because you never know when you’ll need them!”

Short said the Franklin County Sheriff’s Office Rescue Dive team helped secure the car with straps to allow crews from Long’s Towing and Eitel’s Towing to haul the vehicle up out of the creek.

“It was nice knowing that Madison Township Fire Department and other police officers arrived quickly,” said Ripson. “I knew that if something went bad I had plenty of help already on scene.”