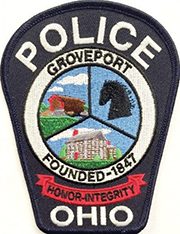 “We were first called to the home of a GMHS student by a parent who had received a screenshot of the post just before 10 p.m. on Dec. 7,” said Groveport Police Lt. Josh Short. “After that we were deluged with additional calls and messages concerned about that post.”

“Detective Delbert Dalton obtained account information of the Instagram user and the Internet service provider,” said Short.  “Once we had that information, Officer Danny Amabile made a visit to the suspect student at his home in Madison Township to speak with him and a parent. The student eventually admitted he had made the post. We advised the student not to report to school that day and he was subsequently called and officially suspended by the high school principal.”

Short said the student was not physically arrested at that time.

“We are still investigating several other facets of this incident so that we can present any and all appropriate charges to the Franklin County Juvenile Court,” said Short. “Among the possible charges is inducing panic, which is a second degree felony under these circumstances.”

When asked if social media threats like this to schools are becoming more common, Short said, “I wouldn’t say these threats are a weekly or even monthly thing, but they are certainly more common than they were 10 years ago. It seems every time there is a high profile school shooting somewhere we will have local copycats. Most of the times students will make these posts in an attempt to get administrators to cancel school.”

Short stressed to students, or anyone posting threats on social media, that they are not anonymous.

“This also applies to others who share a post knowing that it is a false threat,” said Short. “Just because you create a fake account, as with this recent incident, the social media companies and Internet service providers will always have a record of the device the posts are being submitted from. Sometimes we can find the suspect quickly and sometimes it takes a bit longer, but our detectives are very good at their jobs. We will have zero tolerance for any person threatening our school staff and students and will prosecute them to the fullest extent of the law.”

According to Gilbert, the suspect ran to a waiting car and, as the vehicle drove off, the suspect allegedly fired six rounds from a .40 caliber weapon at the front of the house.

“Rounds went through the house and garage,” said Gilbert. “One round exited the house’s west wall and went into a neighbor’s occupied bedroom. Luckily nobody was injured in this incident.”

Gilbert said a warrant was issued for one suspect for a felony of the second degree improper discharge of a firearm into a habitation. He said the investigation is ongoing.

•In a case from 2021, Murphy reported a suspect was charged with four counts of felonious assault for driving a vehicle at four people in a front yard. The defendant plead to one count of attempted felonious assault and was sentenced to 36 months of community control.