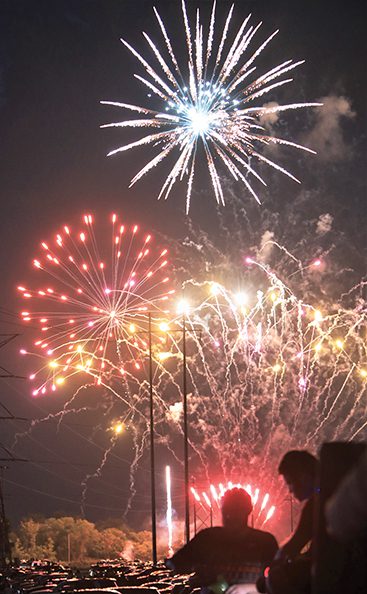 The use of personal fireworks remains banned within Groveport city limits.

At Groveport City Council’s July 25 meeting, a proposed city ordinance that would match a new state law to allow the use of personal fireworks on 15 designated days during the year failed even though only one council member voted against it.

The reason it failed was because four votes are needed to pass legislation and the vote on the ordinance was 3-1 with council members Ed Dildine, Becky Hutson, and Shawn Cleary voting for the legislation and Jean Ann Hilbert opposing it. Council members Scott Lockett and Jack Rupp were not present at the meeting.

Per Groveport Law Director Kevin Shannon, the three votes fell one short of the four required by the city charter to pass legislation, therefore the ordinance was not approved.
Shannon said that, because the ordinance failed, the city’s existing law banning the use of personal fireworks within city limits remains in effect. However, he added any council member can re-introduce the defeated legislation again in the future.

Resident Rebecca Slisher spoke at council’s July 25 meeting and said she was in favor of keeping the ban on the use of personal fireworks in place in Groveport due to safety concerns.

“We live in homes that are in tight, close quarters in Groveport,” said Slisher, who said the use of personal fireworks could lead to fires and injuries and that their noise creates anxiety for war veterans and adversely affects people’s pets.

“Groveport is progressing and we should be like other area cities that are progressing that have also banned personal fireworks,” said Slisher. “It’s best to leave fireworks displays to the professionals.”

At past meetings, council members Lockett and Dildine both expressed the desire that Groveport follow the new state law allowing the personal use of fireworks. They stated the city could make changes if problems arise.