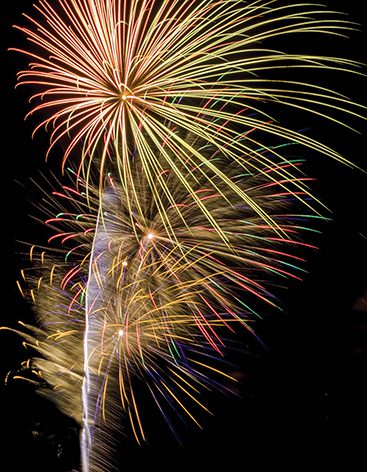 On Nov. 28, Groveport City Council will vote on legislation to expand the use of personal fireworks within the city limits.

The city’s existing law bans the use of personal fireworks within city limits.

If approved, the proposed legislation would make the city consistent with state law to allow the use of personal fireworks on designated days during the year.

The legislation would allow individuals to possess consumer grade fireworks and to discharge them on their own property or on another person’s property with permission on the following days: New Year’s Day; Chinese New Year; Cinco de Mayo; Memorial Day weekend; Juneteenth; July 3, 4, and 5 and the Fridays, Saturdays, and Sundays preceding and following; Labor Day weekend, Diwali; and New Year’s Eve.

A previous attempt to enact the legislation failed earlier this year. Councilman Scott Lockett brought it back before council because he said all the council members were not present at the prior vote.

At council’s Nov. 21 committee meeting, resident Greg Keller recommended council limit the use of personal fireworks to only the Fourth of July holiday instead of the full slate of holidays listed in the state law.

“It’s a very fine line between consumer vs. commercial fireworks,” said Keller. “Either kind can kill or maim. It’s a hazard in an urban setting because there’s not enough room to ensure safety.”

Keller also said the loud noise of fireworks is harmful to military veterans suffering from post traumatic stress syndrome and to people’s pets.

“Protecting the safety of the citizens is job one for council,” said Keller.

Council will vote on the fireworks issue at its Nov. 28 meeting at 6:30 p.m. in the municipal building, 655 Blacklick St.

Other news
•Bruce Smith, one of the organizers of the Blacklick Haunted Park held in October, said the event drew about 1,800 visitors this year and raised $8,608 that will be split between the Groveport Food Pantry and Groveport Madison Human Needs.

•Groveport Madison Schools is requesting a zoning variance for 4180 Bixby Road from Groveport City Council to allow the construction of a school bus garage facility.
The school district wants to build a new $4.5 million transportation center that would include a 9,900 square foot bus compound building, along with the accompanying bus lot and parking lot, at 4180 Bixby Road. Because the 129 acre site is zoned as rural, it needs council to approve a variance for it. The site is located on school district-owned land at the northeast corner of Bixby and Hendron roads abutting Three Creeks Metro Park.

Buses will continue to be parked at the District Service Center, 4400 Marketing Place, Groveport, while the district’s new transportation center is under construction.

Warner said earlier this year that, if all goes well, the district hopes to open the new bus facility in the summer of 2023.

•Council is also considering a zoning variance request for property at “0” Hendron Road (site of the former Groveport Madison Recreation Club swimming pool site, which is now a vacant lot) to allow for the construction of 4,067 square foot veterinary clinic.

The site is currently zoned for suburban office, which does not include veterinary offices as a permitted use.