Kelley Davidson, the communications manager for the Grove City Division of Police, said the new county-wide text-to-911 is an introduction into the next generation for emergency services.

“We just took a step in that direction,” said Davidson.

It took a few years, but Franklin County and its jurisdictions now have the capability to receive emergency text messages.

“We decided to do this several years ago, but first we needed a massive upgrade,” said Davidson.

Davidson said Grove City started working on its upgrade last fall. Then they had to wait for the other communities in the county to complete upgrades.

“We all did this together.”

Davidson stressed that the text-to-911 service is designed for those who cannot call. Dispatchers prefer residents to call if they can because the emergency workers receive more information from a phone call.

“Call if you can. Text if you can’t,” said the communications manager.

Still Davidson said the texting capabilities would benefit the hearing impaired, speech impaired or individuals who may be in a situation where calling 911 could be dangerous.

Text-to-911 works on cell phones, tablets and other devices with the capability of sending texts. Text-to-911 service is subject to cell signal availability. If an emergency text does not go through, the person trying to use the text-to-911 would receive an automated bounce-back message letting them know the text had not been delivered.

According to Davidson, the new service does not include the ability to accept photos or video though she does see that in the future.

“The technology is there,” said Davidson.

Safety agencies throughout Franklin County partner to share 911 systems and work together to improve emergency service delivery for all Franklin County residents while reducing costs. Dispatchers throughout the county will now see text-to-911 messages in a similar fashion to what shows up on a smartphone text chain and can text back specific questions to the sender. Agencies jointly developed pre-programmed responses aimed to address the text emergencies they receive and quickly ask for key information.

“Grove City is quite proud of our communications center, recently upgraded to the latest 911 communication technology,” said Grove City Mayor Richard “Ike” Stage. “Like many aspects of public safety, this is another great example of sharing resources and technology with all of our partners in Franklin County.”

The Grove City Communications Center takes in emergency calls from the southwest quadrant of the county including the city of Grove City, Jackson Township, Pleasant Township and Prairie Township. In January 2019, the center received 1,800 emergency calls.

Davidson said so far, the Grove City center has only received a few emergency texts.

“It works well,” she said. “Hopefully it means people are getting the message to call if you can and text if you can’t.”

For more information about the new text-to-911 service, visit text911.franklincountyohio.gov. 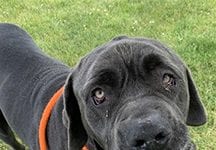 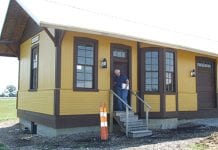