the case of “Who stole Santa’s toy sack?” in December.

Second grade teacher Jennifer Minton came up with the idea to collaborate with the Groveport Police on the project to help keep her students engaged in their learning and on task during the distractions of the holiday season.

She enlisted her father, Groveport Police Patrolman Ernie Bell, to help her students learn about deciphering clues and to learn to make inferences by going beyond the written word to understand what is not said and by using clues from the text and background knowledge.

Minton said Bell came to her class on Dec. 12 looking for some Santa experts.
“And who better to ask than second graders!” said Minton. “He explained the police received a case and needed the kids’ help. He ‘deputized’ some junior detectives and they promised to be great helpers.”

Here’s the case
Someone stole Santa’s toy sack and the Groveport Police needed help to find out who did it and why. Each day for four days a Groveport Police officer visited Minton’s class and delivered a new clue. Students read each clue and began eliminating suspects based on key words or phrases used in the clue.

“Each interaction lasted a few minutes, but it made a huge difference in my kids,” said Minton. “They did not stop talking about ‘helping the police’ and who they thought stole Santa’s toy sack. The kids went beyond the who, got into their reasonings, and came up with why someone would steal Santa’s toy sack. My students loved this lesson. They were engaged and excited for the police visits and receiving the clues. They kept asking when our next clue would arrive. My students viewed this as a partnership, as if they truly were helping the police crack a case.”

She came across an inferencing lesson while searching Teacherspayteachers.com called, “The Case of Santa’s Missing Sack.”

“What better time to carry out this lesson than right before Christmas?” said Minton. “Since it was a ‘who done it’ kind of activity, I had the idea to make it more interactive.”

Bell presented the case to the kids, handed them a list of suspects caught on the Santa cam along with their pictures and asked for the kids’ help.

“The best lessons are those where students are excited, highly engaged and do not realize they are actually learning,” said Minton. “They grasped the information based on the daily in-depth conversations they had with one another. Not only were they asking each other questions about who they believe took Santa’s sack, but they supported their claims with information from the textual clues, as well as paying close attention and picking up on visual clues from the pictures provided. This is important because, as readers, we learn we can get as much information from pictures as we do from the words we read.”

Minton said the project taught her students to read closely to determine what the text says explicitly so they could eliminate suspects from their list. They also had to cite specific textual evidence from written clues to support why we were able to eliminate them as a suspect.

“It took my students a minute to actually get the purpose of the clues,” said Minton. “Initially they wanted to immediately say who did it instead of using the clue to eliminate a suspect. I explained that, like real detectives, they could not rush to conclusions and pick a perpetrator based off one piece of information. The officers gave my students insight on how they solve cases. This is an aspect they do not get to see in real life.”

Minton said it’s important for students to see and experience the positive side of police work.

“By opening my classroom to the officers, my students saw the police aren’t big, scary people, in fact they are quite the opposite,” said Minton. “They are friendly individuals who are there to help keep us safe and make our community a safe place to live, work and play, but also someone who we can go to in cases of emergency.”

So, “Who stole Santa’s toy sack?”
Minton said the kids narrowed it down to two suspects: Mrs. Claus and one of Santa’s elves. The final clue revealed the suspect left behind a red, sticky hand print. Based on this information, the students identified Mrs. Claus as the culprit because the picture given to them in the initial clue shows she is the only one with a candy cane, and as kids can infer, candy canes are red and sticky.

“We also came up with the motive for Mrs. Claus,” said Minton. “She had taken Santa’s sack because it had a hole in it and she patched it up!”

Reflecting
“This was an exciting lesson and experience for my kids and I loved it as well,” said Minton. “It’s not often family members, especially fathers and daughters who work in completely different fields get to work together. Growing up I had opportunities to see my dad in action and share a part of his world, now he has taken a peek at me in action, sharing my passion and love for reading with my kids.This was such a wonderful, positive experience and nowadays police officers do not get the recognition they deserve. They are so much more than just the people who arrest the bad guys.” 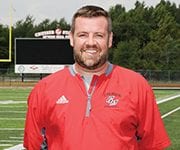