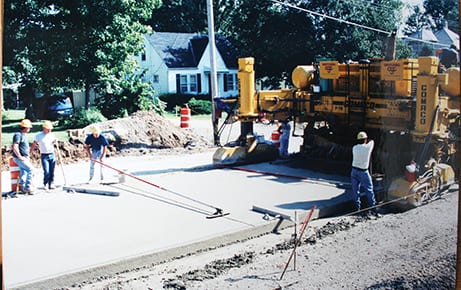 “The Ohio Public Works Commission continues to be an integral component in financing road and bridge projects throughout Franklin County,” said Franklin County Engineer Cornell Robertson. “With this year’s awards, 20 important infrastructure improvements administered by 14 local agencies will receive grants and loans necessary to construct these projects in the coming years.”

“We are receiving a $250,000 grant and a $750,000 loan,” said Canal Winchester Director of Public Service Matt Peoples. “The remainder of the project will be paid for from the general fund.”

“The improvements are being made to provide for a more efficient flow of the increased traffic we are seeing along the Gender Road corridor,” said Peoples. “We expect to start in spring 2021 and be complete buy the end of the year.”

The county engineer’s office will add in another $390,000, the city of Groveport $98,000, and Madison Township, $100,000. A developer that is building warehouses on the east side of Saltzgaber road will provide about $1.1 million.

The project includes drainage maintenance and road resurfacing upgrades to Toy, Swisher, and Saltzgaber roads to improve road conditions and relieve traffic congestion. Plans also include construction of a cul-de-sac on Toy Road just east of Centerpoint Parkway and improvements to the Saltzgaber/Groveport roads intersection. County officials anticipate construction could begin in 2020.

“The grant is for $472,689, the balance of the project cost ($388,311) is to be paid by the developer, Pizzuti and their partner Olympus, LLC,” said Groveport City Engineer Steve Farst. “The City will experience no cost for this improvement, after being reimbursed by OPWC for the grant and from the developer.”

Farst said the improvements include the northbound and southbound left-turn lanes along South Hamilton Road being re-aligned to current ODOT standards. The southbound left turn lane will be lengthened. All fraffic signal equipment will be replaced with mast-arm arrangement and new traffic signal heads installed and left turn phases will be integrated into the signal timing. The signal equipment will include vehicle radar detection and GPS signal pre-emption for emergency vehicles will be included.

Farst said the improvements are being made because, “A traffic impact study prepared for the new Pizzuti development (on the east side of South Hamilton Road) indicated the turn lane needed to be lengthened to support the development.The signal equipment needed to be replaced due to age and as timing changes were needed.

The Pizzuti Companies is building two warehouses on 44.4 acres at 4500 S. Hamilton Road. One warehouse will be 324,000 square feet and the other will be 252,000 square feet. Traffic going in and out of the development will use the traffic signal at South Hamilton Road (State Route 317) and Higgins Boulevard.

Farst said design for the project is underway and construction should begin this year and be completed in 2021.

“I believe South Hamilton Road is the most heavily traveled road in the city of Groveport,” said Farst last fall, who added 12,600 vehicles a day use the road and that number is expected to increase to 14,000 within 20 years.
•The city of Groveport will receive $1.8 million in State Capital Improvements Program funds to pay for the West Bixby Road Reconstruction Phase 2 project.

Farst said the roadway pavement will be removed, the roadbed stabilized and pavement re-applied. A shared-use asphalt trail will be installed with a crossing over Hendron Ditch.

He said the improvements are being made because, “The Bixby Road pavement is in need of reconstruction due to poor condition.”

He said design is underway and construction will take place in 2021.

“The total estimated cost of the project is $458,526,” said Madison Township Public Works Superintendent Dave Watkins. “The Township share is $70,000.00 and Franklin County Engineer is providing the engineering and inspections.”

“With its flexibility, it is more favorable on low volume roads with a deficient base,” said Watkins.

He said Chipman Drive from Armada Road to Beechton Road will receive a full-depth reclamation/resurfacing, new curbing and ADA ramps.

“Construction will not begin until after March 2021 and be completed by November 2021,” said Watkins.