This spring residents in Franklin Township will head to the polls to decide if they support a new permanent levy for the fire department. The levy would repeal and replace four of the township’s existing levies.

The township will be asking for a 19.5-mil levy; currently all four township levies equal 24.53-mil, but only have an effective rate of 18.5 for residential tax. Of the township’s current four levies, three are permanent.

“The last levy we passed was for five years and expires in 2020,” said Fire Chief James Welch of the Franklin Township Fire Department. “The current levies we have are collected from the fire district levies. This new levy would change our levy base.”

The new levy would collect from the entire township, including properties that were annexed with a type II annexation.

“In 2003, the Ohio legislative government passed laws to allow townships to conform our boundaries to include properties that were annexed with a type II annexation,” Welch said.

“What this means for Franklin Township residents is this will spread out the expense for fire services to include all properties that were annexed since 2003.”

This means regions like Valleyview where they can vote for township trustees would have to pay this property tax if approved. This also means they can vote in favor or against this levy during the March election.

“The money raised from this levy would go toward the ongoing operations of the fire department,” Welch said. “Some of these expenses include salaries, health insurance and the cost of inflation. Basically, all the operating expenses go up each year but the levies decrease in value.”

According to Welch, 78 percent of the department’s budget goes toward salary and payroll. Welch is paid $96,366 a year, the assistant fire chief is paid $93,704 and the average salary of the township firefighters is $70,476 a year plus benefits.

Welch said the department plans on doing a full education campaign to raise awareness to residents about this levy. More details on public meetings to answer questions about the levy will be announced later this year.

Fire department leadership said if the levy does not pass in the spring election, they will try for it again in the fall. 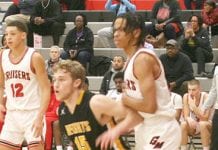 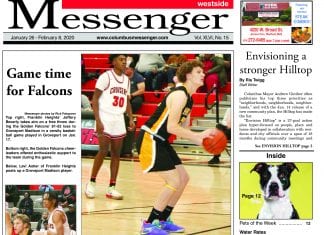