So much is different about this year’s Madison County Fair, including funding.

State government officials have promised $50,000 to any county agricultural society that puts on a Junior Fair this year. Madison County falls into that category, with the Junior Fair set for July 12-18. However, the fair’s organizers have yet to receive the funding or details about how it can be spent.

Darrell Champer, president of the Madison County Agricultural Society (senior fair board), said he estimates the Junior Fair will cost between $30,000 and $50,000 to put on this year. He noted that the fair board has lost between $40,000 and $60,000 in fairgrounds facility rental revenues over the past four months due to COVID-19-related shutdowns and restrictions.

“People have asked why we keep raising money and soliciting donations if there is a $50,000 grant available,” said Quinton Keeran, chairman of the fair board’s marketing and public relations committee. “It’s simple. This is no different than any other year for fundraising. We always ask every year; it’s an opportunity to support youth development.

“The $50,000 (grant) right now is a verbal make-nice. We don’t have it in our hands. We do have to continue to move forward with the finances we have in hand.”

To that end, the fair board has organized some new fundraisers this year, one of which spawned from an anonymous donor who is matching dollar-for-dollar every donation made by the community to a gofundme account that can be accessed from the Madison County Fair’s Facebook page.

“The money raised will go toward any aspect of the Junior Fair–ribbons, awards prizes, costs associated with COVID-19 compliance–any costs to run the Junior Fair,” Keeran said. “This anonymous donor said there’s enough to worry about–logistics, volunteers, and taking on doing something differently. They want to provide a financial safeguard.”

The fundraising goal for the gofundme campaign is $20,000, which the anonymous donor will match with another $20,000. As of the week before the fair, the total was at $2,000 from the community.

Several individuals and businesses have expressed interest in being involved.

“We have seen some excitement. People want to make sure in this time of uncertainty that there’s something for the youth. I appreciate that, and the board appreciates that,” Keeran said.

During fair week, posters featuring a scannable QR code will allow visitors to donate to the gofundme campaign using their mobile devices. The campaign will remain open through fair week and possibly longer.

Trisha Geyman, fairgrounds manager, is helping to organize another fundraiser–a silent auction of baskets filled with merchandise and gift cards. The baskets will be displayed in the Coughlin Community Center throughout fair week. Bidding will end on the afternoon of July 18.

Geyman also can provide information to anyone who would like to fund specific sponsorships for this year’s fair.

Support also is welcome via traditional donations. Checks can be made out to “Madison County Agricultural Society” and dropped off at the fair secretary’s office at the fairgrounds during fair week or mailed to P.O. Box 2020, London, OH 43140.

The Junior Fair Board also has been busy fundraising, as well. Normally, the group sends out letters to potential donors in February. This year, those letters went out in early June, shortly after the senior fair board decided to go ahead with a Junior Fair this year.

“We haven’t received as many donations as usual–about 50 percent of what we usually get,” said Savannah Brock, the lead Junior Fair coordinator. “We have a little over $8,000 so far, but that is enough for banners, trophies and ribbons.”

Brock said the board has scaled down its expenses. For example, they are sticking with flat ribbons and cutting out rosettes which cost more.

The group continues to collect donations. Checks can be made out to “Madison County Junior Fair Board” and dropped off at the fair secretary’s office on the fairgrounds during fair week or mailed to P.O. Box 267, London, OH 43140.

The senior and junior fair boards work together to put on the fair and cover expenses.

Adults aren’t the only ones doing the heavy lifting when it comes fundraising. Youth exhibitors are doing their part, too. Sisters Paige and Peyton Sifrit, members of the Beginners to Winners 4-H Club and residents of Plain City, are one example. The pair made and sold carpenter bee traps. Through this effort, they raised $1,000 which they recently donated to the Junior Fair Board. 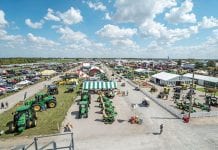 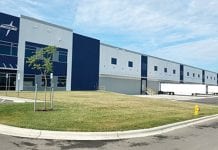 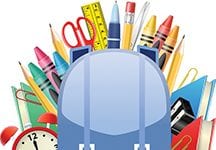