The Cram-the-Cruiser drive to stock classrooms at Norwood Elementary was so successful that donations spilled out of the West Jefferson Police Department vehicle that delivered the goods.

Amazed, Principal Sue Barte bent over to pick up disinfectant wipes, four containers to a package, and put them back into the back seat of the cruiser. She then called the fourth-graders from recess, and they came running to help Police Chief Richard Hardy unload the vehicle and take boxes of donations into the building.

“I knew it would be a success,” said Hardy, who estimates that more than $1,000 in items were collected, “but I didn’t think it would be this.”

Hardy opened the back door of the vehicle to reveal boxes and boxes of items, and backpacks lined up in front of them.

“These backpacks are from Wyoming,” he said.

A former West Jefferson resident now living in Wyoming saw the request for donations on Facebook and sent the backpacks. 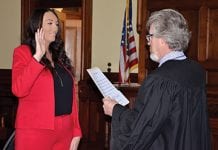 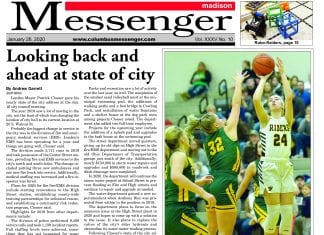