After an incident at the Diley Ridge Medical Center on Sept. 13, 2019 that took the lives of two people, Canal Winchester Mayor Mike Ebert and a safety committee are investigating the use of safety devices to prevent a similar occurrence around the city’s municipal buildings.

Last year, a 44-year-old Baltimore man drove his truck into the center’s emergency department entrance, hitting two people. One hospital employee died shortly after the crash and another died a few days later.

The driver was later indicted on two counts of murder by Fairfield County.

As a result, the safety committee is investigating the use of bollards—devices placed at strategic points around a building/structure that prevent/mitigate crashes. A bollard, constructed out of steel or concrete, can be as simple as a short, vertical post or as elaborate as a sphere or bell.

“I have directed the Safety Committee to look into this due to the recent tragedy…where an individual drove a pickup truck into the main entrance at an estimated speed of 80 mph and resulted in two fatalities, a senseless act,” said Ebert. “We plan to have safety bollards or other safety devices in place this year. This is something we never had to consider in the years past, but this type of act seems to be in the news, weekly occurring somewhere, and I want to make sure we have done whatever we can to avoid the possibility of it happening to our city buildings, but first and foremost our valuable city employees.”

Ebert said the only safety means currently in place are cameras, which only provide after-the-fact information.

“I expect to see that nearly every city facility to have a safety issue when it comes to this type of security,” said Ebert. “I expect the committee will identify those weaknesses and make safety recommendations for each facility for updated needs.”

Once the committee submits its results and recommendations, Ebert said he expects bollards or another type of heavy duty decorative barrier to be installed within close proximity to all vulnerable entry ways at all city buildings.

While costs cannot be established until the report is completed, Ebert guessed the price tag to be somewhere in the $40,000 to 50,000 price range.

“Costs don’t matter as long as we are protected,” said Ebert.

With the recent purchase of the former McDorman building as a new municipal complex and approval of funds to renovate the structure, plans will include bollards or a similar type of security in the design-build construction request for proposals.

According to Ebert, the city’s safety committee was formed a few years ago and is composed of public works employees from water, waste water and street departments.

“Typically, they have monthly meetings and training on equipment and proper procedures when facing job-related hazards,” said Ebert, “Proper use of safety equipment, when and why and many other safety-related circumstance that each department faces on a daily basis. They also prepare themselves for a disaster, such as flooding, tornados, vehicle and machinery safety and safety apparel.” 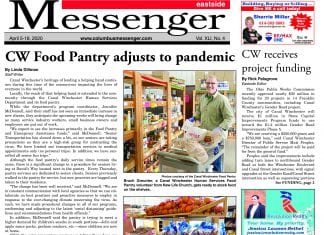