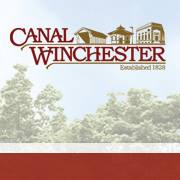 Canal Winchester City Council spent some time getting organized for 2022.

Council is reviewing Mayor Mike Ebert’s proposed appointments of Mark Caulk and Chuck Carpenter to the planning and zoning commission.

Amos and Ward questioned the appointees’ qualifications and also wanted to know why long-time commission member and attorney Mike Vasko was not re-appointed by the mayor to the commission. Development Director Lucas Haire said a route was created to open up the process to more people by accepting applications, which are good for two years.

“We’re struggling to get qualified people,” Haire said. “It’s becoming more and more difficult. Many people do not qualify because they are not residents of the city. We struggle with many boards and commissions.”

According to Clark, it is the prerogative of the mayor to appoint members of the planning and zoning commission. Council then signs off on the recommendation.

Ward asked why Carpenter was chosen over Vasko as she felt Vasko appeared to be more qualified.

“It seems there were other candidates much more qualified to review those engineering and technical documents,” said Ward.

Amos said there were a large number of applicants and, in looking at the applications provided by the city, she questioned whether or not the candidates submitted for approval by the mayor are the right ones at this point in the process.

“I do believe we should reconsider the previous applications and look at past candidates as well,” said Amos.

Ebert defended his appointment recommendations by noting Carpenter was raised in Canal Winchester, owned two different businesses during his time away from the city, and is business smart. When asked about his selection criteria, Ebert said it is based on integrity, honesty, and knowing the city and its history.

“Mr. Vasko has been doing it (serving on the planning and zoning commission) for 18 years,” said Ebert. “I had people approach me in the past and said it was time for a change.”

Council will consider taking action on the planning and zoning commission appointments at its Jan. 18 meeting.

Other CW Council news
•An ordinance amending the city zoning map rezoning 51 acres on Hill and Basil Western roads, owned by Weiser Development and Sonya and Mark Poff, was taken off the agenda after the applicants withdrew their request to rezone the property.

•The council held the first reading of two ordinances authorizing the mayor to enter into pre-annexation and developments agreement with L & D Family Farms and Roebing Development Corporation for a nearly 58 acre site along Basil Western Road in Fairfield County.

•Council is considering the purchase of 2.5 acres for $99,900 on Franklin Street from Timothy Fisk and Lee Oster as a potential park connector, but is first requesting a residential appraisal.