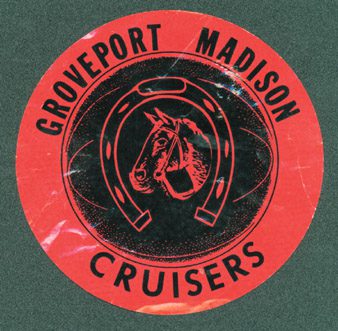 “As always, we are so excited to welcome this year’s class,” said Groveport Madison Athletic Director Steve Petros. “The basketball influence is heavy. We have a central Ohio basketball legend, Bill Alspach, three former players (among their other sports) and a long time cheer coach. Clarence Royal and Brandon Johnson won titles while here at Groveport. Chris Downing is getting inducted as a package of player, coach and community member. Linda Smittle coached for 20 plus years for both fall, winter and competed with her teams. It should be a great night as we open the football season vs. Gahanna on Aug. 27.”

The Cruiser Hall of Fame ceremony will be on Aug. 27 at Groveport Madison High School, 4475 S. Hamilton Road. The induction ceremony begins at 5:30 p.m. The inductees will also be introduced to the crowd at 6:30 p.m. in Cruiser Stadium prior to the varsity football game vs. Gahanna.

•Chris Downing: A 1984 graduate of Groveport Madison and a talented football quarterback, he earned All-American Honorable Mention, first team All-State, All-Metro, All-OCC, and All-Central District honors. He is a 35 year of coach of football, basketball, baseball, softball and the three time OCC Coach of the Year in softball.

•Clarence A. Royal, Jr.: He was two time OCC Player of the Year in basketball, back to back OCC titles in basketball; second team All-District, and MVP of District All Star game. He earned multiple letters in football, baseball, and basketball. He was a member of Ohio State football team 1993-95. He graduated as the Cruisers’ career leading scorer in basketball.

•Brandon Johnson: A four year letter winner in basketball, Johnson was twice named first team OCC, was the 2005 OCC Player of the Year and on the 2005 OCC champion team. He is a 1,000 point scorer. At the College of Wooster, he was the 2006 NCAC Newcomer of the Year, four years All-NCAC, won four league titles, made four NCAA appearances, and was on the 2007 Final Four team. He is third all-time at Wooster for assists and steals.