Grove City Council rejected a plan that would have redeveloped 32 acres of the former Buckeye Ranch Equestrian Center site.

At the Sept. 3 meeting, council voted down a preliminary development plan by BBR Ventures to create Bluegrass Park, located west of Hoover Road and north of Quail Creek Boulevard.

According to Donald Plank, an attorney representing the developer, the plan would have been to include four subareas at the site that would feature multi-family housing, an assisted living center, a possible daycare facility as well as office space and medical space. The multi-family housing aspect would include approximately 240 apartments.

Plank said the apartments would cater to the young professional who ideally would work at Mount Carmel Grove City.

“Young people want to be able to walk or ride a bike to work,” said Plank.

Plank said he and his clients met with staff at Mount Carmel Grove City and they were in support of offering housing closer to the hospital for the employees.

Council rejected the proposal with a 3-2 vote.

Council President Steve Robinette said that location is not the place for that volume of housing.

“The proposal would go further with more of a business aspect,” said Robinette.

Councilman Ted Berry agreed and said there was not enough commercial development in the proposal for his support.

“I don’t see the forward thinking in the plan,” said Berry. “I don’t think the plan maximizes the space.”

In 2018, the city adopted Grove City 2050 to serve as a guide for future development. When a proposal comes before council, city staff must look at if the development maintains the city’s small-town character while bringing employment opportunities.

Robinette said he failed to see how a mostly residential plan would create jobs.

According to the proposal, the plan would have created an estimated 350 jobs in the city.

According to Grove City 2050 guidelines, a development plan must also provide connectivity to improve the function of the street network and create safe opportunities to walk and bike.

Rauch said this plan would have opened streets that would be critical to connecting the roadway to Interstate 71. With the development plan, two public streets were anticipated that had the potential for future extension. One of the roads would connect with Hoover Road at Birch Bark Trail and another road would be included to the south.

City staff has drafted a plan that would include roadway improvements on the west side of Interstate 71 and another overpass over 71 to create an east/west connection point from Hoover Road.

The developer may modify the plan and resubmit another preliminary development plan for council approval. 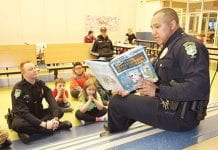