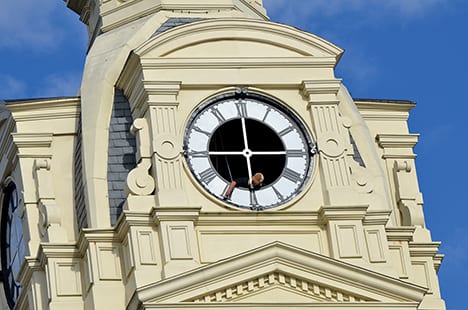 Phil Wright, owner of The Tower Clock Co. in South Charleston, takes advantage of a warm, calm day on Oct. 24 to paint the circle surrounding the newly installed dial on the west side of the Madison County courthouse clock tower in London.

The Madison County commissioners hired Wright to create new clock faces and dials for all four sides of the tower to match what was originally installed when the building was constructed in 1892. Wright is installing a temporary clock mechanism until he finishes refurbishing the original from 1892.

Three of the four dials should be secured and telling time by the end of next week. Additionally, LED lights are being installed to light the clock faces at night. Once a gear is fixed on the north face, all four faces will be operational.

Several years have passed since the last time the clock reliably kept time. 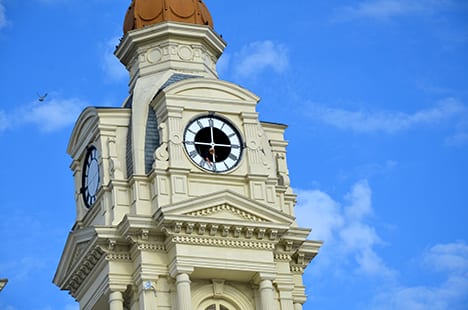