Home Madison Messenger Check out what local librarians have been reading 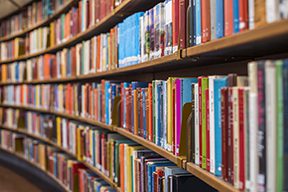 Following a longstanding tradition, the Madison Messenger pried into the personal reading habits of local librarians to compile a list of their favorite reads from the past year. The exercise lets readers get to know their local keepers of the orderly shelves a little better, while at the same time introducing them to authors and genres they might like to explore moving into the new year. Here’s what four Madison County librarians had to say–in some cases, in their own words, and in other cases, via the interview process.

I read mostly non-fiction. The books listed here are about the U.S. Civil war. During the pandemic, my wife and I re-watched the PBS documentary, Ken Burns’ “The Civil War” and became obsessed with the subject. We took a deep dive into General Grant specifically, visited our first Civil War battlefield, and planned additional visits to other Civil War battlefields and sites.

My favorite that I’ve read this year was “Grant” by Ron Chernow. This is a fairy exhaustive biography that seeks to correct misconceptions about General Grant created by Lost Cause historians. Chernow paints a fair picture of the general, the president, and the man that was Ulysses S. Grant, victorious commander of all United Stated armed forces during the U.S. Civil War.

I followed this up with “The Civil War: A Narrative, Volume 1” by Shelby Foote. This is one of the most exhaustive books covering the Civil War. Using narrative to tell the story of the war puts readers right into the action of the story. The book and interviews with its author form the basis of much of the Ken Burns film, “The Civil War.” The writing is superb to be sure. I have two more volumes to dig into in the coming year.

I also read a couple of graphic novel series this year, one based on the Netflix show, “Stranger Things,” and another titled “Bitter Root.” “Bitter Root” is sort of about personified racism but with all the comic book heroism, action and mythology of a standard Marvel or DC comic.

Here are the three most recent books I have read:
• “The Initial Insult” by Mindy McGinnis–There has probably been a time in everyone’s lives when they have been lied to by someone close to them, and the repercussions were felt primarily by the one being lied to. In “The Initial Insult,” Tress, the lead character, has been lied to for years by Felicity, her best friend in the world. All Tress wants to know is what happened to her parents the night they disappeared while taking Felicity home after she insisted on leaving a sleepover Tress was hosting. All these years later, Tress finally reaches her breaking point. She kidnaps her ex-best friend and plans to hold her hostage under threat of death to finally learn the truth.

Mindy McGinnis never disappoints with her true to life stories that don’t usually have the happy fairytale ending. They are raw and they are real. You feel them in your heart long after you have finished reading the story.

• “Whiskey Words and a Shovel” by R.H. Sin–This is one of the most inspiring books of poetry I have ever read. Each poem feels more like a short story, and each one packs a very profound message. The overall purpose of these writings definitely seems aimed at remembering your self-worth, choosing to love yourself no matter the cost, and trying to forge new paths in your life that better serve you.

I am not one that usually reads poetry in general, but after skimming just a couple of the poems, I felt that I had to give the book a chance. Two hours later, I had read it cover to cover and found myself flipping back through to read some of my favorites multiple times.

• “Grace and Glory,” the third and final book in the Harbinger series by Jennifer Armentrout–This is a young adult fantasy set in present day United States, the major difference being that gargoyles exist as protectors of the human race. They protect us from demons and all things evil, including a certain fallen angel with whom we are familiar, as well as a few characters that are supposed to work for the other team, God and His angels. If you are a fan of paranormal or fantasy fiction, I recommend giving the Harbinger series a try.

Armentrout does a great job of sprinkling in romance, friendship, comic relief, and personal tragedy, all while fighting the ultimate battle to save Earth and all of mankind. You will find yourself laughing out loud at Trinity’s antics and admiring Zane’s unending patience and love for her, while trying to figure out who is truly good and who is truly evil.

Both of Jeanne Wilt’s top picks for the year are inspirational in nature, but their stories are set in very different worlds.

The first is Wanda Brunstetter’s Amish Greenhouse Mystery Series. The third book in the series, “The Robin’s Greeting,” came out in March 2021. Jeanne also has read the first two books, “The Crow’s Call” and “The Mockingbird’s Song.” When the books first became available at the library, she said she took them home immediately to read.

She also likes the works of Kathleen Fuller, another author whose stories are set in Amish country. Both Brunstetter and Lewis have real-life ties to the Amish community, so they know what they’re writing about, Jeanne said.

Jeanne’s second pick is the Shenandoah Sisters Series by Michael Phillips. The four books in the series are: “Angels Watching Over Me,” “A Day to Pick Your Own Cotton,” “The Color of Your Skin Ain’t the Color of Your Heart,” and “Together is All We Need.” She happened upon the first two books while straightening the library shelves.

Jeanne is about to start reading the fourth book in the series.

“I’m anxious to find out what happens to these two girls who happen to end up together due to circumstances in their families. One girl was a slave on the plantation where the main character lives. After the war, they end up alone together. It’s the type of book you just can’t put down until you finish it,” she said.

When she doesn’t have anything to do, Allison Ratcliff has a book or an e-reader in her hand. She talked about some of the titles that occupied her free time this year.

• “It Ends With Us” by Colleen Hoover is about a woman whose mother endured domestic violence and then the woman finds herself in the same situation. Allison’s sister-in-law and a co-worker both recommended the book.

“I could probably talk about this book forever. It made me see domestic abuse victims in a completely different light,” Allison said. “It’s easy to say you would never find yourself in that situation, but when you read about the different facets of relationships, you realize how difficult it really is to get out of that situation.”

• A huge fan of contemporary romance novels, Allison describes “Much Ado About You” by Samantha Young as a “nice, little, happy romance.”

“It’s about a girl named Evie who decides she needs a big change in her life. She quits her job in Chicago, moves to a small English village and temporarily runs a small bookstore called ‘Much Ado About Books.’ The story is about her finding out what she wants to do with her life,” Allison said.

• Allison finished the Throne of Glass series by Sarah J. Maas, reading book No. 7, “Kingdom of Ash.” This young adult fantasy series centers on a teenage girl who is raised as an assassin. A corrupt ruler overtakes the kingdom, and the heroine is imprisoned. A prince saves her to become the king’s champion, but she soon uncovers secrets about the king and herself. Magic is involved. She shifts gears in an attempt to save the kingdom from the corrupt ruler.

“So, in the last book, they are finally figuring out how to conquer the king,” Allison said.

Ribbon-cutting for The Butcher Block

A laptop for every Madison-Plains student in grades 7-12