In Canal Winchester, the time, and sometimes the cost, involved in replacing light poles damaged by motor vehicles falls upon the shoulders of the street department and Superintendent Shawn Starcher.

There are 532 street lights throughout the city in 22 light zones, the oldest of which are located in downtown, on North and South High streets and along East and West Waterloo streets.

“Street light and poles themselves cost $3,975 to $5,973 depending on the type of light that is being replaced,” said Starcher. “With material and labor combined, replacement cost can be anywhere from $4,700 to over $11,000 depending on what type of light is hit and whether the concrete base and anchors need replaced.”

When a light is damaged, the Fairfield County Sheriff’s Department takes an accident report and notifies the street department to begin the cleanup process. If a driver is identified, the individual is typically cited and issued a summons to appear in mayor’s court so that the city can seek restitution for the property loss.

While accidents involving motor vehicles and street lights can happen all across the city and at any time of the day, Starcher said his department typically sees a majority of hits occur where there is a slight bend within a travelled roadway.

“For example, the majority of our street light damages occur on West Waterloo Street,” Starcher said. “And these accidents are occurring at all hours of the day. Distracted driving seems to be the most common cause of these accidents involving damaged to city street lights.” 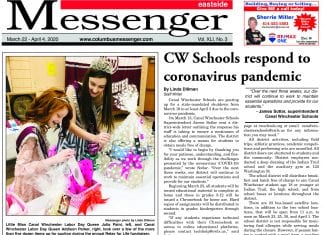