The search continues for someone to fill the vacated London city auditor’s seat.

The city has been without an auditor since Lora Long stepped down from the position on Feb. 18. The Madison County Republican Central Committee (RCC) will appoint a replacement at a meeting set for March 16 in the city hall conference room.

“If you know anyone who is interested in the position, they need to send a resume or letter of interest to (RCC) Chairman Nick Adkins at nickadkinslaw@gmail.com,” said Mayor Pat Closser at the March 5 city council meeting.

To qualify, applicants must be registered as Republican and live within the London corporation limits.

The city administration is hoping that the appointee will have extensive experience with ADP, the city’s new payroll software and systems provider. The transition from the old payroll system to the new one has come with some hiccups. For example, police and fire department pension payments were not made in November and December. Council rectified the situation at the March 5 meeting by authorizing a payment of $96,647.01, the city’s portion of the pension payments for the two months.

Generating the necessary reports to account for those payments is a very detailed and involved process, according to Safety Services Director Joe Mosier.

In other business, council:
• passed a resolution changing the fee for brush clipping from $25 to $50 (payable in advance);

• approved an ordinance requiring developers to provide the city with extra sets of signage (street names and traffic control) and necessary hardware for new streets;

• passed an ordinance authorizing sick leave retirement payouts of qualifying non-union employees to equal that of union employees at 50 percent for up to 960 hours; and

• passed a resolution revising the job description for the city’s wastewater superintendent, requiring Class III certification upon hire and Class IV certification to be obtained within two years of hire. 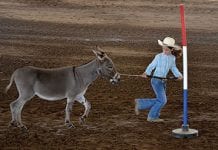 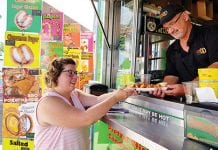