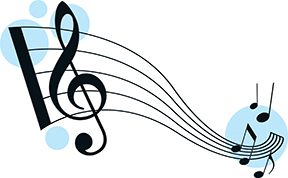 A new performance opportunity is taking shape in Madison County.

Long-time music educator and choir director Teri Gray and long-time accompanist and piano teacher Jessica Dunham are forming the Treble Tones Youth Choir. Auditions are set for May 12 and are open to any child in Madison County who will be finishing grades 2-5 this school year.

“This has been on my bucket list for a long time. A couple of years ago, I said something to Jessica about it. I barely got it out of my mouth and she said, ‘Yes!’,” said Gray, who has worked with Dunham on several community music projects over the years.

Gray directed choirs in grades K-12 for 31.5 years, including 19 years at London City Schools. She also has led many church choirs and currently heads up the choir at Midway Presbyterian Church. Dunham has taught piano for 18 years and accompanied school and community performance groups for the last 10 years. Both know talent when they see it and are excited to provide another outlet for it locally.

“Madison County doesn’t have anything like this, and I think there’s a lot of talent out there,” Gray said.

Gray and Dunham envision the Treble Tones performing at local festivals and events, hosting their own concerts, and being available for gigs at churches and other venues. The group already has one date on its calendar–the London Rhythm & Rib Fest which will take place Aug. 5-6. A Christmas concert also is in the works.

Gray and Dunham are guessing they will have at least 60 children in the choir.

“If we have anywhere between 25 and 60, we will be happy,” Gray said. “We want it to be as big as possible. Depending on how many we get and how it grows, we could split it into multiple choirs. The goal as we go on is to include older children, too.”

The group will perform a wide variety of music, from popular to patriotic to religious–the general theme will be peace and positivity. Among the songs Gray and Dunham are considering are “Brave” by Sara Bareilles, “True Colors” by Cyndi Lauper, “You Raise Me Up” by Josh Groban, “How Far I’ll Go” from the Disney movie “Moana,” and “We Don’t Talk About Bruno” from the Disney movie “Encanto.”

The May 12 auditions will take place at Midway Presbyterian Church, 13681 Main St., Sedalia, from 6:30 to 8 p.m. or until everyone has had a chance to tryout. No preparation is needed. At the auditions, Gray and Dunham will have children come in three or four at a time, determine their vocal ranges, do a pitch exercise, then have them sing in a round.

Rehearsals are slated for Thursdays from 6:30 to 7:30 p.m., starting June 2, at St. Patrick School, 226 Elm St., London. A one-time registration fee of $20 is due at the first rehearsal. The fee will cover a t-shirt and help to pay for music.

For more information about the Treble Tones Youth Choir or to book them for a performance, contact Teri Gray at muzakteach@yahoo.com or Jessica Dunham at jessicadunhampiano@gmail.com.