Westside resident Frank Torma, 65, considered himself healthy. He practiced yoga and enjoyed a good hike, but he also enjoyed a bit too much fast food – particularly White Castle.

About eight months ago, Torma had a physical. He was prediabetic.

After a period of denial, Torma decided to do something about his condition before it got worse. He signed up for the YMCA’s Diabetes Prevention Program at the Hilltop branch.

According to Barbara Camfield, chronic disease and senior program coordinator at the Hilltop YMCA, the series is a lifestyle improvement program for adults with prediabetes. The goal of the program is to help the individual reduce their body weight by 7 percent and increase physical activity to 150 minutes per week.

The program focuses on those with prediabetes because with a lifestyle change, those individuals could reverse the diagnosis and avoid type 2 diabetes and associated dangers such as heart attack, stroke and even blindness.

“In this program, you’re not giving everything up,” said Camfield. “It is a gradual process. We are undoing bad habits and building new habits with the support of a small community.”

Torma said the program fit perfectly for him because he had a support system.

“There are people there to teach you, but it is an adjustment,” said Torma.

The YMCA’s Diabetes Prevention Program is a one-year program led by a lifestyle coach. It offers 16 weekly sessions then eight monthly sessions.

“This is not a diet,” said Camfield. “This is a lifestyle change.”

According to the American Diabetes Association, diabetes affects nearly 26 million people in the United States. Another 79 million people have prediabetes.

“It is so epidemic,” said Camfield. “But, we can undo what is happening.”

“I know it’s not easy, but if you follow the formula, you can be successful,” she said.

For Torma, changing his eating habits has been a challenge.

“I have learned better choices,” said Torma. “If I am going to eat out, I can choose Subway instead of White Castle.”

Torma has also incorporated organic food into his diet, though he admits he has not given up his favorite sliders and onion rings all together.

“It’s all about portion control,” he said.

The diabetes prevention program is free to those who qualify who are covered under Medicare, Medicare Advantage or United Health Care. To qualify, an individual must have a Body Mass Index of 25 or greater. He/she must also be at risk for developing type 2 diabetes or be diagnosed with prediabetes.

For more program information or to register, call the Hilltop YMCA at 276-8224 or visit www.ymcacolumbus.org/diabetes. 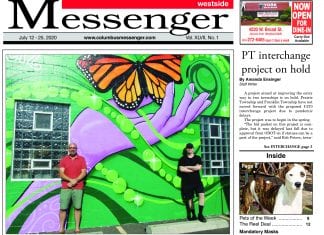