As Grove City grows, so does its recreational needs.

In May, the city hosted a series of community meetings to gather input regarding new parks in the area, specifically in the Beulah and Pinnacle areas. There was also an online survey that ran for several weeks. More than 700 community members participated in the survey to provide feedback.

Now, the results from those surveys have been released and a concept for two new parks has been developed.

The city contracted with the planning and architectural firm MKSK to update the master plan for the parks. The concepts for two new parks were presented at a recent council meeting.

“We want to make sure this is a refined, beautiful park,” said Arin Blair, project manager for MKSK.

According to Blair, the community wants a park at the Beulah property to be a go-to destination park. A place to hold community events, like Schiller Park or Goodale Park. It would include an amphitheater, places to play, quiet areas and trail connections.

“We want the park to reflect the area’s history and connect to the Town Center,” said Blair.
Beulah Park could also include exercise stations, rentable shelters and courts for tennis, basketball or pickleball.

“These elements are not set in stone,” said Conrad. “These are concepts.”

Per the development agreement between Pat Kelley with Falco, Smith and Kelley and the city of Grove City, the developer agreed to deed approximately 30 acres of land for the city to use as park space in the Beulah redevelopment area.

According to MKSK, the estimated cost for Beulah Park is $10.3 million.

The plan for the Pinnacle Park is to utilize and preserve the area’s natural features. This park would include a walking path through the woods, along the stream, as well as natural play areas.

“The Pinnacle is such a rich environment,” said Conrad. “It would probably be more utilized by the neighbors. As it develops and land is added, it could become more of a destination park.”

The concept for the Pinnacle Park has an estimated cost of $5.75 million.

The city contracted with MKSK to complete a parks master plan for $125,000. So far, the city has spent about $30,000 for the concepts developed for the Beulah and Pinnacle parks.

According to Conrad, the next step would be a more concrete plan to grade the properties and put in trees, grass and trails. Any work would need council approval.
Conrad said she expects plans to start moving this year. 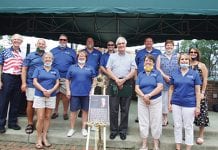 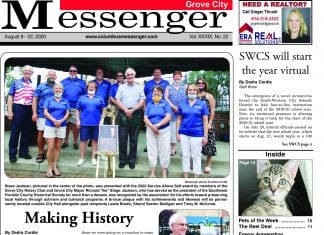